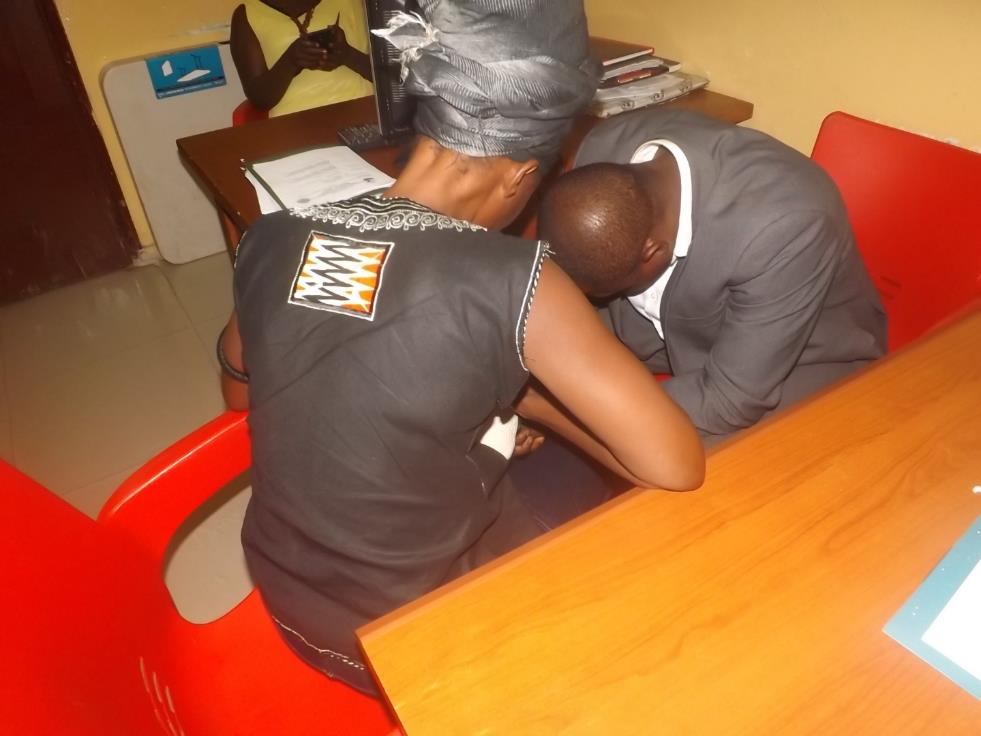 Among the arrested was a representative aspirant and a consultant within the Presidentâ€™s Delivery Unit at the Ministry of State, Amos S. Siebo.

The illegal voter registration ring was broken up by officers on Sunday, February 26 following a tipoff from community members in Montserradoâ€™s first district.

After the police conducted further investigations, they charged Amos and Margaret Siebo, Craig, and Dennis with the crimes of criminal conspiracy and theft of property for possessing several voter registration materials belonging to the National Elections Commission. The other suspects were recommended for release as the investigation could not establish any link between them and the crime. According to Collins, another suspect named Alphonso Somwarbi was also charged with similar offenses in absentia but he remains at large.

Amos Siebo, the main ringleader intends to contest in the October 2017 legislative election. Prior to his arrest, he had a consultancy contract with the unit that works close with President Ellen Johnson Sirleaf at the Ministry of State.

The ministry has with immediate effect canceled Sieboâ€™s contract following his arrest on election fraud. Jerome G. Korkoya, chairman of the National Elections Commission, said in light of the occurrences, NEC has instructed all registrars to take the voter registration materials to the commissionâ€™s warehouse at the close of official working day. For centers far from NECâ€™s warehouse, the police are cooperating to store the materials at their depots.

Siebo is suspected of having convinced the voter registration staff members to whom the equipment were assigned to turn it over to him, Korkoya said.

He warned that any NEC staff member found guilty of providing Siebo with the election materials would be immediately dismissed and turned over to the Ministry of Justice.

â€œThe voter registration process must be fair, credible and transparent,â€ he maintained.