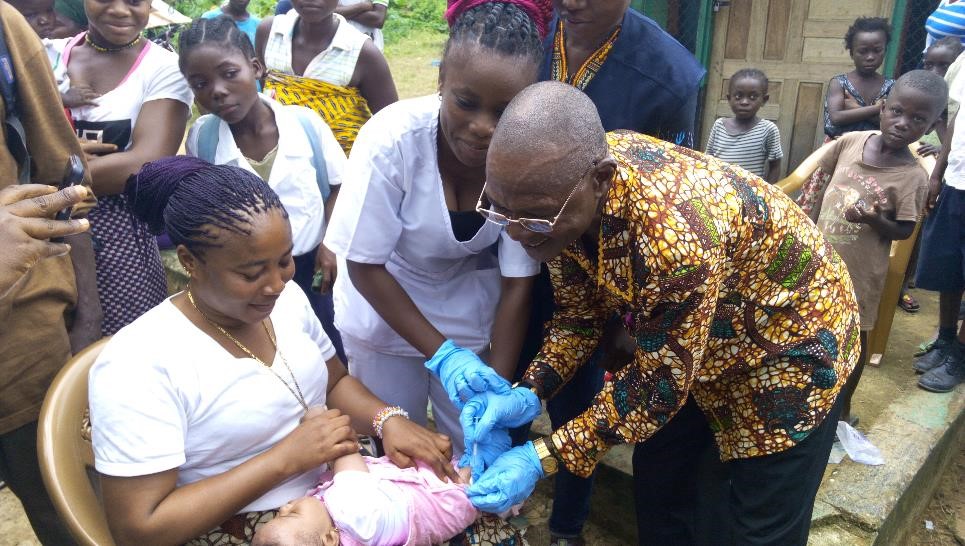 The Inactivated Polio Vaccine is the newest type of polio vaccine in the country and was launched on Monday, July 3 across Liberia.

In River Cess, the ceremony marking the launch was held at the Yarpah Town Market, where a cross section of citizens was in attendance.

The first dose of the vaccine was administered by River Cess County Inspector Trokon Browne, with the assistance of health practitioners.

During the launch, several women who went to the market took their children for the vaccine for the first time. Flomo Yorgie, the health promotion focal person of the River Cess County Health Team, told The Bush Chicken that the new vaccine is now available at the various health facilities in the county.

â€œAll you need to do is to take your child’s vaccine card with you whenever you are going to the clinic,” Yorgie said.

Health authorities say children between the ages 14 weeks and nine months are eligible for the vaccine.

Polio, or poliomyelitis, is a crippling and potentially deadly infectious disease which is caused by the poliovirus.

According to the World Health Organization, the virus spreads from person to person and can invade an infected personâ€™s brain and spinal cord, causing paralysis.