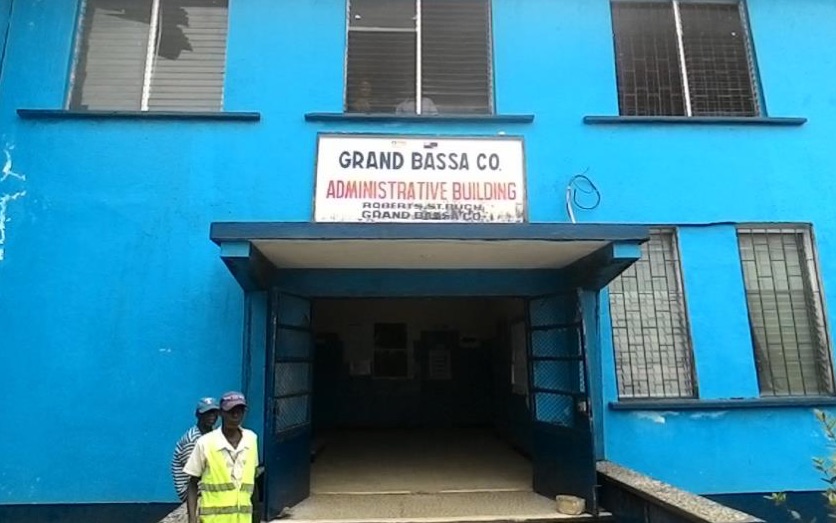 BUCHANAN, Grand Bassa – The county inspector of Grand Bassa, Solomon Garkpah, has launched an SOS call for over 70 families made homeless by fire disasters early this year in two towns in the county’s fourth district.

The towns, Zohn and Sweet, were gutted by fires in separate incidences in March this year.

According to Garkpah, Zohn Town was burned down as a result of fire from a nearby farm, while Sweet Town was set ablaze by an angry crowd.

The fire in Zohn Town was started by “an old man who made his cassava farm across the football field,” the inspector said. When burning his cassava farm, the fire he started unfortunately crept towards and gutted the entire town.

For Sweet Town, he said the fire was a result of suspicion in the town that a recently drown man was killed by witchcraft. The witchcraft allegation, spread by brothers of the drowned victim, roused the town people to agitation, and they “went to burn the entire town, so everything the people had left in the fire.”

The culprits in the Sweet Town fire incidence have since been arrested by police and forwarded to the court for prosecution. But the families made homeless by the fire are yet to receive any relief.

“As we speak to you, some of them have to move to nearby towns and villages, and it is not just easy for them, my brother, to make a living in a new community. In Zohn Town we are talking about 40 family heads, and in Sweet Town about 30 family heads,” the inspector said.

“For those from Sweet Town, most of them have moved to nearby town of Saw-you, they are there because they have no way – no means – to get their structures erected again, so all of them when you go in Saw-you Town now, they are living with people. Others live on other people piazza, and it is not conducive for them.”

According to him, the fires also made it impossible for the victims of both Zohn Town and Sweet Town to continue their farming activities, and therefore make ends meet.

He also noted that a limited amount of aid in terms of clothing has, however, been provided by the Grand Bassa chapter of the Liberian National Bar Association for distribution among the victims. However, he said additional materials, including mattresses, cooking utensils, clothes, and construction materials, would still be needed.

Grand Bassa’s fourth district representative, Vincent Willie, in whose constituency the fire incidents occurred, has promised to help in the rebuilding of the victims’ homes.

At the same time, a representative of the county’s disaster management committee has also disclosed that his committee is working along with the Liberian National Red Cross to assess damages in the affected towns and offer assistance.

Speaking to journalists, the committee’s representative also appealed to national and international NGOs and humanitarian aid groups to aid the fire victims.

“Their living condition is very deplorable,” he said. “Anything you have, please help us with it. We need it.”

County Inspector Garkpah also reiterated the broader call for more assistance from the national government and NGOs to the victim families, including the construction of hand pumps across the county ahead of the height of the dry season.

He said many towns suffered from dried wells and low water levels in surrounding creeks and rivers, which made it difficult to find safe drinking water. The water situation was especially acute in Gorr Town, Zangar Town and Kahn-gbo Town in Grand Bassa’s first district, he noted.