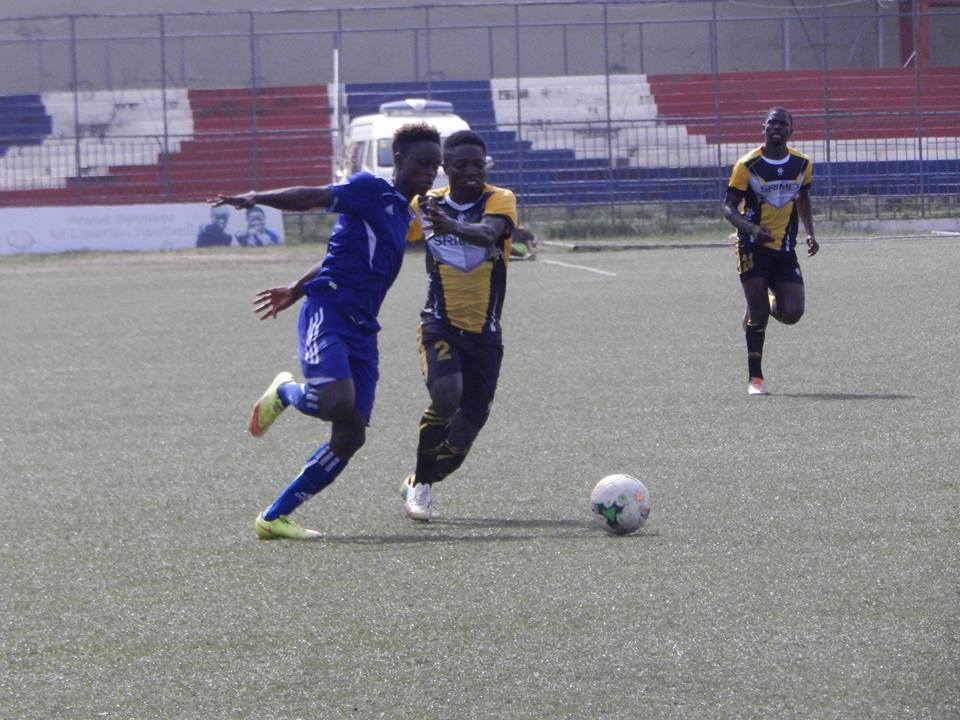 MONROVIA, Montserrado â€“ Gardnesville-based LISCR FC began the second phase of the first division league with a disappointing 1-1 draw with ELWA United on Friday, April 14 at the Antoinette Tubman Stadium.

In a match that the Shipping Boys dominated, but wasted several chances, it was underdog ELWA United that got the curtain raiser before conceding three minutes later to share the points after the match.

With ELWA down to 10 men, former Bong star player Arku Morris gave ELWA the lead in the 75th minute with a beautiful strike from within LISCR’s penalty area that beat the Liberia national teamâ€™s starting goalkeeper Tommy Songo.

However, ELWAâ€™s lead did not last long as LISCR leveled the score just three minutes later through the newly signed Sheku Sheriff, who scored from an assist from another newly signed player, Edward Ledlum.

LISCR may have played to a disappointing draw against a side many consider as the underdog, but fans who turned out at the stadium had a match day to remember after a spectacular performance from LISCR’s wonder kid Edward Ledlum, who was named MVP of the recently ended National County Sports Meet after his magical display helped Monsterrado lift the football trophy.

Ledlum joined the two-time league champions prior to the start of the second phase from Brewerville-base third division side Brewerville United.

Despite playing in the lower tier of Liberian football throughout his youthful career, the 17-year-old took football fans and pundits by surprise when he showed up in LISCR’s starting 11, playing ahead of national team winger Fallah Sheriff.

He proved that Coach Mustapha Mannehâ€™s decision was not wrong as he was instrumental in helping his new club get the goal that earned them a point. He turned out to be the most dangerous man on the pitch; his dazzling skills allowed him to enter ELWA defense several times.

He came close to opening the scoring in the eighth minute with a chance from the six-yard box but was denied by ELWA goalkeeper that hit the ball out for a corner.

As the match progressed, many thought he would struggle to play the full 90 minutes in his debut match of the top league, but the former Brewerville United forward proved his worth as he continued creating chances with his dribbling ability, showing no sign of fatigue despite being the most fouled player on the pitch.

Following ELWA’s 75th-minute lead, Ledlum broke into ELWA’s defense with a counter attack from the right side before finding his fellow newcomer Sheku Sheriff who made no mistake in getting the ball to the back of the net to get the score leveled.

In an interview after the match, Ledlum told The Bush Chicken that he could not focus on his performance at the moment.

â€œI’m disappointed about the result,â€ he said. â€œWe played better and created the best of chances, but unfortunately, we were unable to get the three points. Right now, I’m not too concerned over how I played during the match. I came here to help the team win and when results like this come our way, it’s not something to feel good about.â€