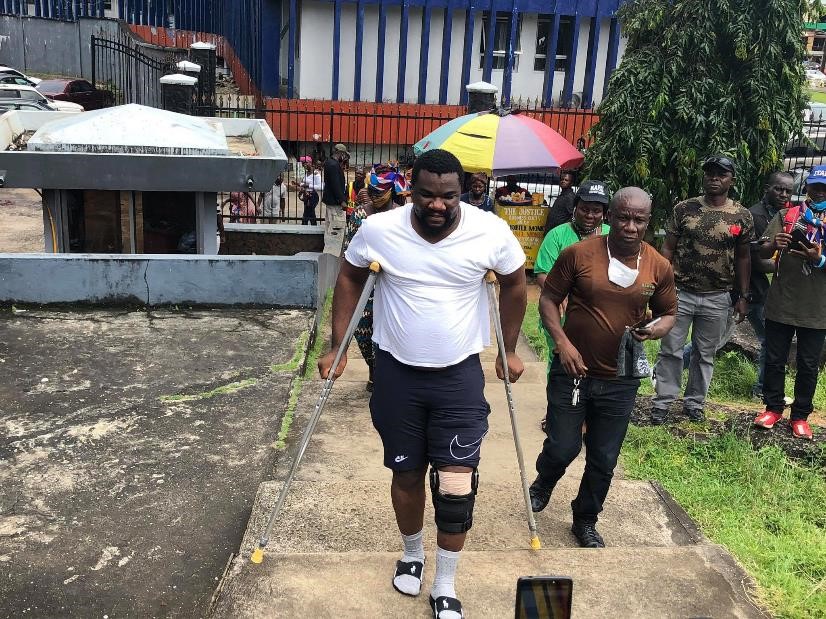 MONROVIA, Montserrado – Kesseley Mulbah, a man accused of being a notorious armed robber around metropolitan Monrovia, has been incarcerated at the Monrovia Central Prison.

Mulbah was arrested on August 3, 2020 in Dixville where police say he had gone to carry an alleged robbery. He was later charged with robbery, murder, and criminal conspiracy.

Prior to his arrest, police investigation revealed that the defendant had robbed another victim identified as Felecia McCauley in the Baptist Seminary community and made away with several valuables, including a gray Jeep that was later retrieved during the Dixville robbery as he tried to escape the scene. His Dixville victim, Vafoday Korvah, was pronounced dead upon arrival at the John F. Kennedy Memorial Medical Center.

The police charge sheet added that the defendant had shot at a police anti-robbery backup team that went in pursuit of him, leading to a fire exchange with the police that left Mulbah shot in the leg.

Mulbah has denied the allegations pleaded not guilty. He is currently at the Monrovia Central Prison while awaiting trial.