TAPPITA, Nimba – Authorities at the Jackson Fiah Doe Memorial Regional Referral Hospital in Tappita say they have recorded three new cases of the Coronavirus and are expecting the arrival of an additional two in the coming days from an adjacent health facility.

The hospital said the three patients are currently being kept in the hospital’s holding center and receiving treatment.

An official of the hospital’s Coronavirus Response Team, which was set up to raise awareness and combat the virus in Tappita, told The Bush Chicken on July 14 that two of the patients were Tappita residents (a religious leader and a laboratory technician). The third is a diabetes patient brought from outside the city.

Dr. Momolu Massaley said the patients were all males and asymptomatic. He noted that health workers are working in partnership with the Tappita District Health Team to trace the contacts of these patients.

Meanwhile, Massaley is appealing to the government to establish a testing facility in Tappita to enable the speedy testing of samples from the region. The long wait in receiving test results, he said, can often make it difficult to continue holding asymptomatic patients.

“It takes about two weeks for a result to come from Monrovia when we sent specimens. This increases [the] burden on the hospital because the hospital has to be feeding the patient,” he said.

“Sometimes, patients who are asymptomatic get impatient and can want to walk out because of [the] delay in getting their results.”

Massaley believes a testing center in Tappita would make Tappita residents more likely to voluntarily turn out to be tested.

Meanwhile, Ebenezer Toe Strother, the deputy administrator of the hospital, says the hospital is now repurposing a wing of the facility previously used to host the Magnetic Resonance Imaging machine to hold COVID-19 patients. The machine is not at the hospital at the moment.

“Our management received US$5,000 from the Ministry of Health to carry out a quick impact project on the extension of the hospital that was meant to be used as the MRI building to set up our treatment unit,” Strother said. “In the next two days, that work will be completed and we will be able to accommodate more patients tested positive for the virus.”

Because the MRI wing is located on a secluded side of the hospital, Strother said COVID-19 patients would be isolated from other patients and staff at the hospital, creating a safer space for all accessing the facility. 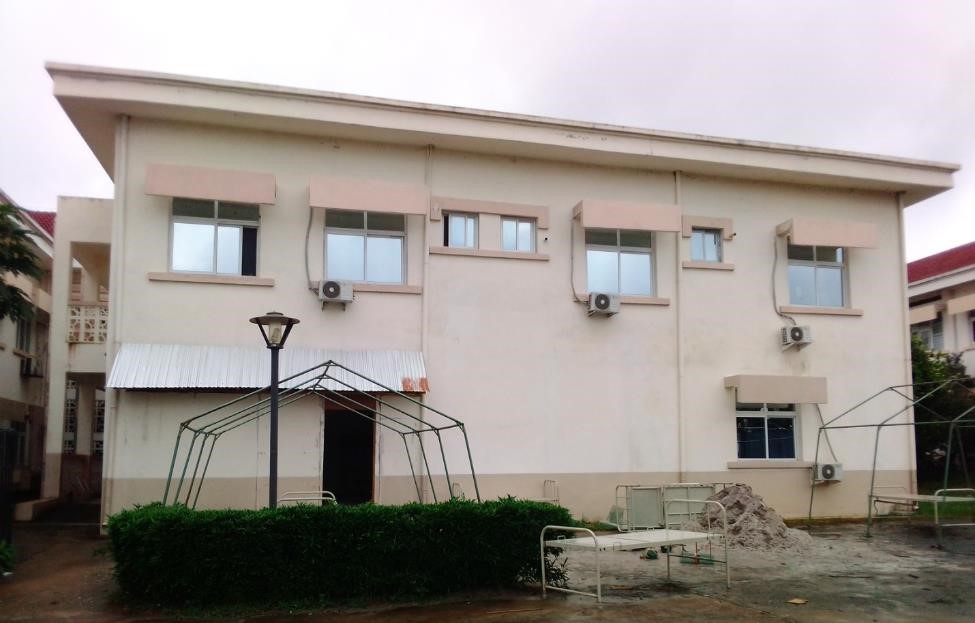 The MRI building of the hospital is being set up as a Coronavirus treatment unit. Photo: Jerry Myers

Strother also noted that the hospital was in a better position now than at the beginning of the Coronavirus outbreak. Previously at risk of shutting down due to the shortage of fuel, the hospital has now procured sufficient fuel to keep it running throughout the rainy season. Additionally, Strother said the National Drugs Service recently delivered a huge consignment of essential drugs and other basic materials to the facility.

He added, “Our doctors are intact and they are fully ready to work.”