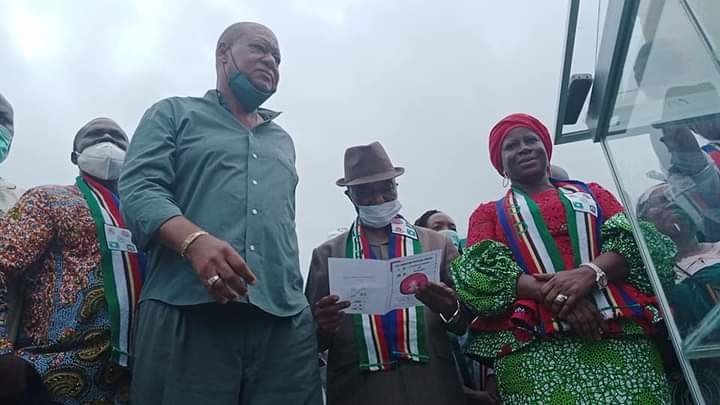 The four constituent parties include Unity Party, the Alternative National Congress, the All Liberian Party, and Liberty Party.

The CPP officially endorsed Karnga-Lawrence at the Liberty Party headquarters in Buchanan on Sunday in the presence of Unity Party’s former vice president Joseph Nyumah Boakai; the political leader of the All Liberian Party, Benoni Urey; the chairman of the Alternative National Congress, Lafayette Gould; the chairman of the Liberty Party, Steve Zargo; and citizens from across the county.

Speaking at the program, Urey said the CPP was endorsing the lone female senator in the Senate after a thorough evaluation of her performance at the legislature.

“You are aware of the many difficulties we are experiencing as people and a country. We have done our part in this whole process and it is your time to play your part,” he told the attendees. “We have selected somebody we believe you will also approve to represent you as senator.”

He called on Grand Bassa residents to work to ensure that Karnga-Lawrence is re-elected on Dec. 8, 2020.

The former vice president, Boakai, who served as president of the Senate for 12 years, said Karnga-Lawrence had performed excellently since she joined the Senate.

Boakai boasted of the commitment and the capabilities of the individuals the CPP was selecting to field as senatorial candidates.

Accepting the endorsement, Karnga-Lawrence thanked the people of Grand Bassa and the four parties for their support.

“This shows me that you love Liberty Party and the CPP as a whole,” she said. “This clearly indicates that you are satisfied with the work we have done over the years.”

She added that the huge turnout indicates that the people of Grand Bassa are ready to protect the legacy of the late Charles W. Brumskine, a founding leader of Liberty Party.

“CPP is the hope of this nation, and the people of Liberia have taken ownership – so, no political leader will make it to fail,” she added. “CPP must hold, and I am here again to say that Liberty Party is committed to the process till the end because we know what we are going through as a country. This is the alternative for democratic governance and we are prepared for it.” 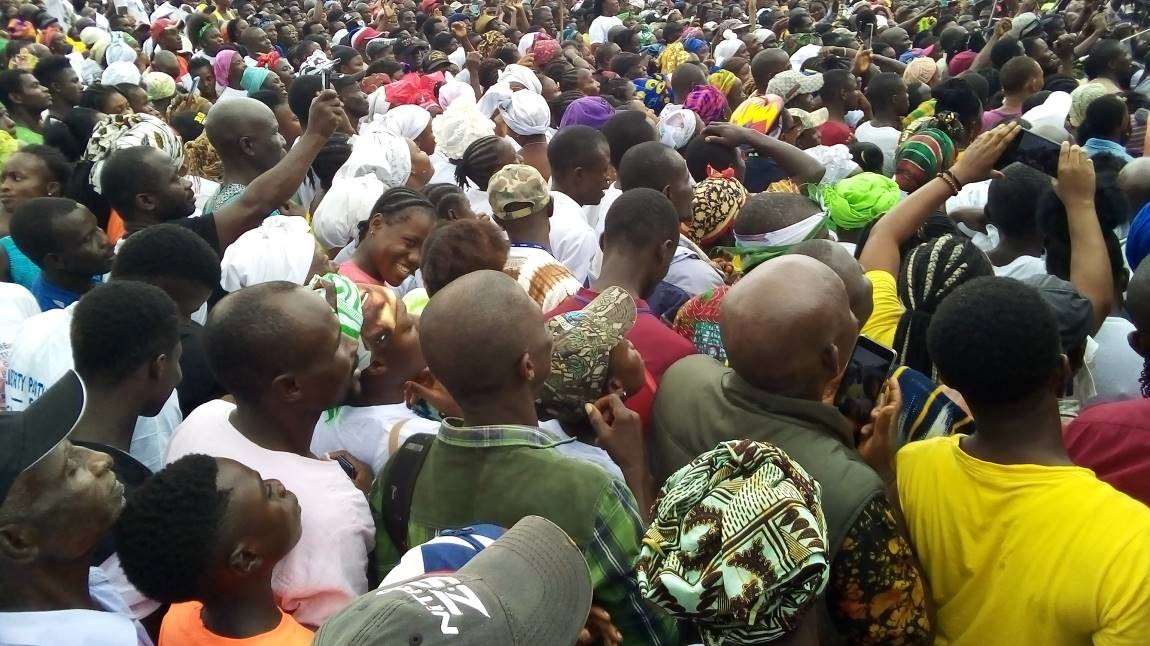 A crowd gathered to witness the endorsement. Photo: Sampson David

Karnga-Lawrence assumed the political leadership of Liberty Party immediately after the 2017 general and presidential elections at a convention held in Lofa, before the presence of the late Brumskine. She won the 2013 senatorial by-election to replace the late Senator John Francis Whitfield of Grand Bassa in a highly contested election.

Liberty Party has dominated elections in Grand Bassa, and December 8 will be the first election since Brumskine died.

Sharing
Tags Nyonblee Karnga-Lawrence
Contributions to The Bush Chicken are not tax deductible.