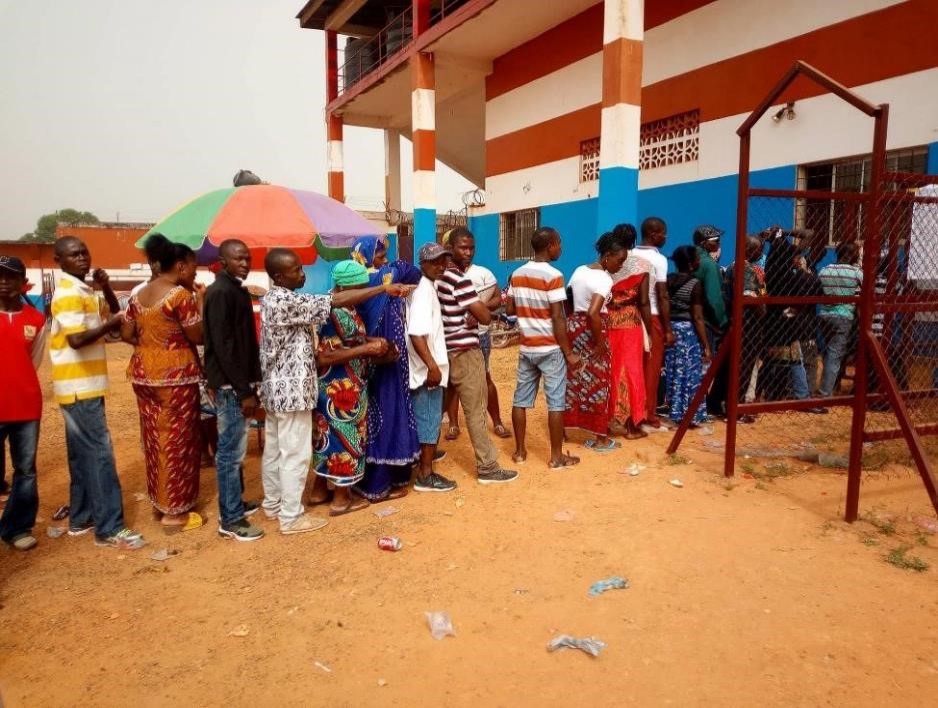 MONROVIA, Montserrado – Representatives from civil society organizations and political parties have drafted a resolution to repeal the clause of the constitution that prescribes the specific day for national elections to be held.

The resolution came after a one-day national conference in Sinkor and aims to see Article 83 (a) removed from the constitution.

Organized by the Election Coordinating Committee with funding from the National Democracy Institute, the conference participants drew attention to the difficulty with conducting elections campaigning during the rainy season. Additionally, participants wanted to give the National Elections Commission flexibility to adjust Election Day in case of national emergencies such as the Ebola epidemic.

Liberia’s constitution stipulates that “voting for president, vice president, members of the Senate, and members of the House of Representatives shall be conducted throughout the republic on the second Tuesday in October of each election year.”

In many other countries, Election Day is decided by the Elections Commission, however, in Liberia – as in the U.S. – it is determined by law.

The conference participants also called for the amendment of Article 83 (c) of the Constitution to allow the establishment of an independent electoral tribunal. They noted that the provision of the constitution creates a conflict of interest in the adjudication of electoral disputes as it gives judicial power to NEC to address all electoral petitions.

The resolution also called on Liberia and its international partners to invest in a biometric voter registration system, leveraging the nascent National Identification Registry. Such a system, the resolution notes, will reduce or minimize electoral fraud and promote transparency and accountability.

Participants also called for the creation of a body outside of the National Elections Commission to be responsible for civic education in the country, while also recommending that civic education is included in the national curriculum of schools for students to learn.

The resolution recommended that the government of Liberia make financial resources available ahead of time to enable the National Elections Commission to prioritize early planning and procurement of election materials and logistics.

The stakeholders, as part of their recommendations, also want Sections 5.1 and 5.2 of the National Code of Conduct for public officials to be repealed to enhance inclusive political participation. The law – the subject of several key lawsuits during the 2017 elections – requires those interested in running for office to resign from presidentially appointed positions at least two years ahead of the election. The stakeholders believe that the law targets few people and discourages inclusive political participation.

Deputy House Speaker Prince Moye, who officially launched the conference, stressed the importance of electoral reform, noting that it would help to deepen and consolidate the democratic gains the country has made since the end of the war.

Moye said the legislature was committed to achieving electoral reform in Liberia.

“Promoting the improvement of our election process should start as soon as possible and the legislature is committed to play its part,” he said.

“The House of Representatives of the 54th Legislature pledges its commitment to the passage of reforms that will improve the conduct of future elections.”

Oscar Bloh, the chairman of ECC’s Steering Committee, said while elections do not guarantee democracy, they are a fundamental requirement to legitimizing any democratic government. He said the role of the ECC in the electoral reform process was not to lead, but to stimulate broad-based public discourse and to generate information from ordinary citizens who are the primary stakeholders in the conduct of elections.

“All electoral stakeholders, NEC, political parties, citizens, and CSOs have a role to play in electoral reforms based on their unique experiences during electoral processes. This process should not be left to elites alone to decide. It must mainstream the voices of ordinary voters because, at the end of the day, elections are about the people,” he said.

The chair of the House Committee on National Elections and Inauguration, Alex Grant, also disclosed the legislature’s preparedness to amend or repeal laws that were not in conformity of the current age and trend of society.

“We are in the driver seat. We are with you in this and open to ideas and recommendations,” he said.

The head of the Law and Reform Commission, Boakai Kanneh, also emphasized the urgency for electoral reform but stressed the need for collective participation of major stakeholders in elections.

“Political parties and CSOs have a major role in the electoral process and it is important the constitution involve them, not only as participants,” he said.