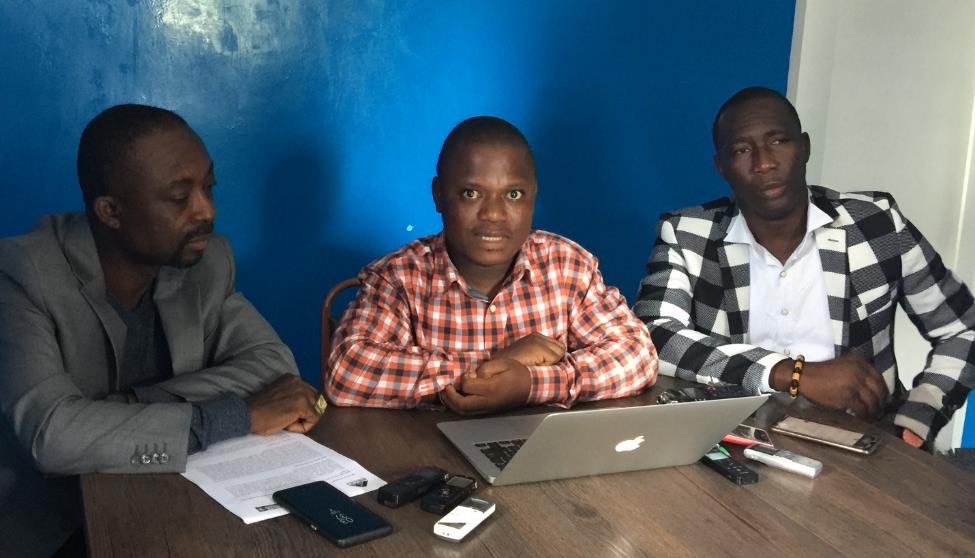 The Center for Transparency and Accountability, also known as CENTAL, the Institute for Research and Democratic Development or IREDD, and the National Youth Movement for Transparent Election or NAYMOTE, recently hosted a joint press conference where they called for a national conference as one of the surest ways to address the problems affecting the countryâ€™s economy.

CENTALâ€™s executive director, Anderson Miamen, called on the government and its international partners to support the hosting of the national conferences that will rally expertise in all aspects to discuss ideas that will help the country.

Miamen disclosed that the organizations had followed with dismay the deteriorating rate of the Liberian economy over the past 13 months, noting that the exchange rate between the Liberian dollar and U.S. dollar is plummeting, thus leading to the costs of basic commodities being doubled over the last 12 months, despite the governmentâ€™s decision to reduce tariffs on more than 2,000 commodities last May.

He said with the way things are currently proceeding, the country may lead down a slope of hyperinflation if pragmatic steps are not taken by the government to salvage the economy.

â€œThis is making life unbearable for many, especially ordinary Liberians and rural dwellers, many of whom are without jobs and better livelihood opportunities,â€ he said.

He also indicated that the short-term measures undertaken by the Coalition for Democratic Change-led government, including the US$25 million â€˜mop-upâ€™ exercise, have not worked, but rather increased the problems. The organizations called on George Weah to take leadership in the fight against corruption by taking actions against individuals responsible for violating laws during the â€˜mop-upâ€™ exercise.

The organizations also called on Weahâ€™s administration and the legislature to ensure respect for the rule of law and the nationâ€™s constitution.

According to CENTALâ€™s executive director, the legislature has lagged in providing the necessary administrative oversight needed to resuscitate the economy and improve the governance landscape.

On behalf of the integrity and good governance-promoting institutions, he also called on the Liberia National Police to be more efficient and proactive in the discharge of its duties. The organizations placed emphasis on violent cases, where the reports are yet to be released to the public, such as the electoral violence reported in Montserradoâ€™s 13th district, the investigation of alleged vandalism and shooting in Montserradoâ€™s 10th district of Rep. Yekeh Kolubah, the alleged criminal attack on Roots FM, and a violent incident reported in Glan Town, Gbei, and Doru in Nimba, which led to the death of two, as well as a mob violence in Ganta that also led to the two deaths in March.

â€œWe call on the government for the timely completion of all the ongoing investigations it has launched and the completion and release of reports by a number of committees it has constituted,â€ he said.

The organizations called on citizens, particularly young people, to refrain from using violence as a means of seeking redress and rather use constitutionally established channels.

â€œWe, the undersigned civil society organizations, strongly condemn the use of violence of all form as a means of seeking justice. We want to state emphatically that violence has no place in our society and the Liberia national police must take frantic steps to restore law and order and public confidence and trust in the police,â€ he added.

The CSOs want the government to conduct a comprehensive audit of the administration of its predecessor and to invest in building the capacity of the Liberia Revenue Authority to enhance effective domestic resource mobilization.

According to them, evidence shows that the provision of basic social services, such as health, is rapidly declining across all 15 counties.