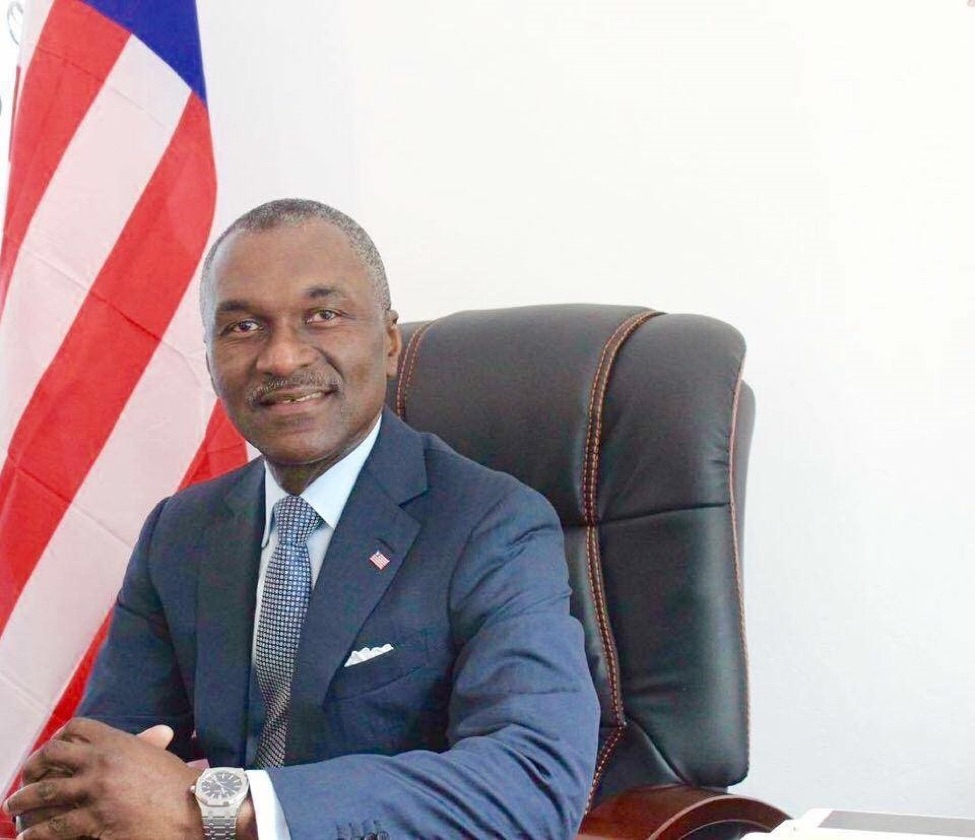 MONROVIA, Montserrado- The Political Leader of the Alternative National Congress or ALP, Alexander Cummings, has termed as â€recklessâ€, the recent statement by the Chairman of the Coalition for Democratic Change, Mulbah accusing supporters of opposition political parties were planning to assassinate President George Weah.

Referencing a poster on Facebook identified as â€œPolitical Spartacusâ€ had written on Facebook calling on citizens to rise against the government. Morlu attributed the post to opposition supporters threatening to assassinate the president. 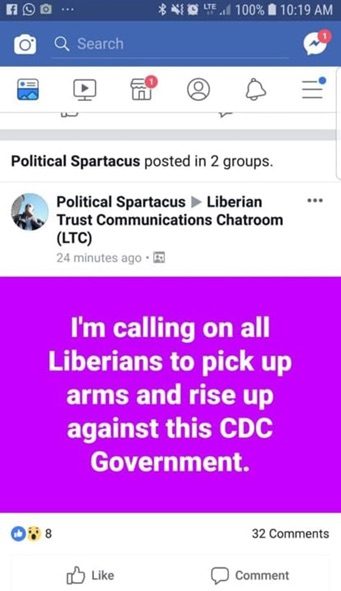 Weah also reemphasized Morluâ€™s claim recently in Gbarnga when he disclosed at the United Methodist Church conference that people were after his life.

â€œFor the chairman of the ruling party to alleged about an assassination plot against the president and for him [Weah] to reassert that the opposition wants to kill him is a complete joke and nonsense,â€ Cummings said during a live interview Tuesday on 50-50, a talk show on SKY FM.

The ANC Political Leader stressed that the president needed to focus on good governing and jobs creation, rather than focusing on trivial issues. He said members of collaboration political parties, comprising of the ANC, Unity Party, and All Liberian Party deny the allegation.

â€œWe [opposition parties] also made sure that the country development partners and foreign embassies here are aware of the plot to get at the opposition,â€ he said. He added that opposition parties were also anticipating a response from the government against Morluâ€™s statement.

The former ANC Standard Bearer further disclosed that the presidentâ€™s comment alleging that people were after his life also has the propensity to scare away investors, as no investor would want to venture with investment in an unstable environment. â€œNo rational person will invest in an environment that is not stable,â€ he said.

He also meanwhile called on the president to begin listening to people who will be truthful to him.

Montserradoâ€™s 10th district representative, Yekeh Kolubah also wrote the Speaker of the House of Representatives, Bhofal Chambers calling on the House to investigate the CDC Chairman for his allegation.

At the same time, the Association of Liberian Journalists in the Americas or ALJA, also urged the president to put in to place administrative measures that would curtail public officials, mainly the CDC chairman from making unhinged political pronouncements that have the propensity of plunging the country into another upheaval.

ALJA president Moses Sandy in a release dated on February 11, 2019 said the governance of any nation comes along with sobriety and political maturity on the part of its national leaders. He said recent political statements regarding happenings in Liberia attributed to Morlu and some officials of the CDC led government have however fallen short of these expectations.

â€œThe CDC chairman unpolished comments about the prevailing economic and political situations in Liberia are doing more harm to the image of the government and the country at home and abroad,â€ he said.

It can also be recalled that In 2017, prior to the general and presidential elections, the party national youth wing spokesperson Alvin Wesseh now Assistant Agriculture Minister for Research and Extension Service accused Brownie Samukai, the then Minister of National Defense and businessman George Kailondo of hiring three hardcore criminals in collaboration with some Russian assassins to assassinate Weah, who was also still a senator.

However, Police investigation found that the partyâ€™s youth wing chair and current Monrovia City Mayor concocted and tailored the assassination story to win the hearts of partisans and voters.