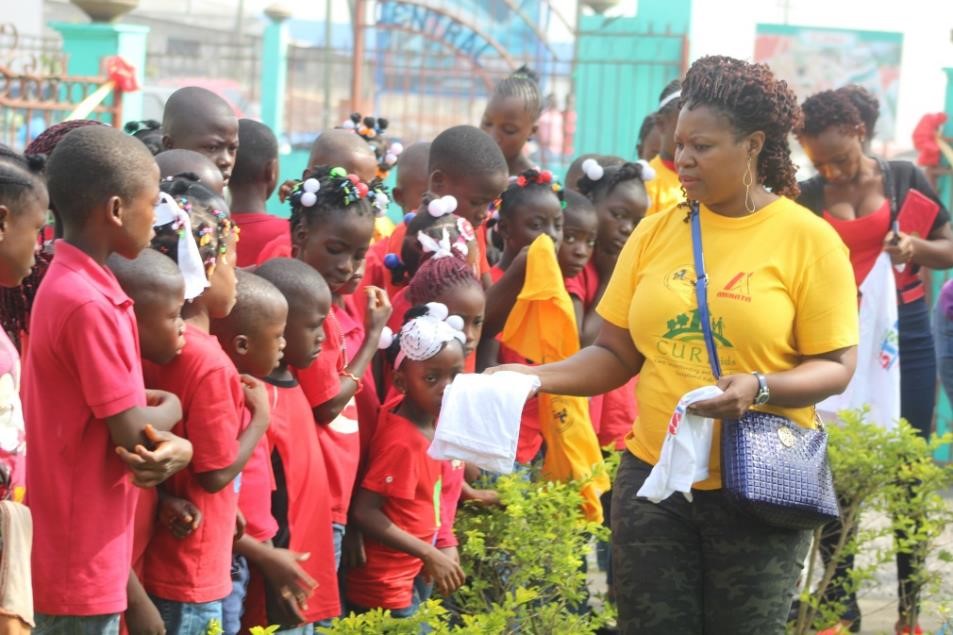 BUSHROD ISLAND, Montserrado â€“ An NGO caring for Ebola orphans recently held an event at the Chevron Park where toys and food items were distributed to 60 children.

The Caring Understanding Respect for Exceptional kids, known more succinctly as CUREkids, attended to the children who were between the ages of 6-12.

The children played a variety of games and were taught music and dance.

Amanda M. Hill, founder and executive director of the organization, told The Bush Chicken that CUREkids has been in existence since 2014 â€œwith a mission to cultivate curious and educated young people in the Liberian society.â€ Hill said the children in her program were Ebola survivors who were drawn from Brewerville and other surrounding communities, including Vai Town, West Point, and Slipway.

â€œEither one or both of the kidsâ€™ parents died during the Ebola outbreak in 2014,â€ Hill said. â€œCUREkids is very excited is have the kids come out and share fun with their friends.â€

She said her program aims to illustrate that poverty is a state of mind. By allowing the children to opportunity to play and â€œbe curious about life,â€ Hill believes they can get exposed to new opportunities and possibilities.

Her organization is working to develop the kindergarten program at the Walter D. Richards Industrial Community Institute in Brewerville to allow underprivileged children to learn the building blocks of fields such as science, technology, engineering, arts, and math.

The organization is supported by several businesses including Aminata and Nobel Liberia. Nobelâ€™s chief financial officer, Nimne E. Mombo, said his company sponsored the event because â€œit is appropriate to give back to the society by putting smiles on the faces kids who lost their parents to the deadly Ebola disease.â€

â€œGiving back to the society is important because it gives hope to disadvantaged and underprivileged people who feel they are being cared for by someone,â€ he said. Mombo noted that it is very important to build the self-esteem of disadvantaged children. He applauded the organizers of the CUREkids event.