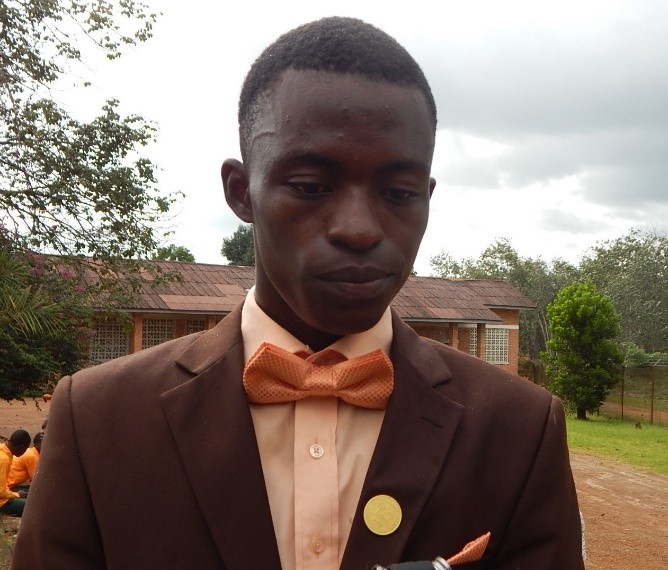 HARBEL, Margibi â€”Â The valedictorian of Cuttington University’s class of 2015, Emmanuel Tar, said he disagrees with President Ellen Johnson Sirleaf that the educational system in Liberia â€œis a mess.â€

During a late February 2013 cabinet retreat, President Sirleaf expressed disgust over the appalling condition of Liberia’s education sector. In a gathering of officials of her government, Sirleaf directly described the Ministry of Education as “a big mess,” stressing that there was a need for a total overhaul.

The presidentâ€™s statement was likely in reaction to the mass failure of Liberian students in public exams including the WAEC and university entrance exams.

In March 2013, the president, in a national address on the topic, â€œFixing Liberiaâ€™s Education System,â€ reminded Liberians that education remains her governmentâ€™s number one priority. She also named steps her administration had taken to prioritize education.

â€œWe made primary education free and compulsory and followed that with free compulsory basic education,” the president said. “We increased the level of support to state-owned institutions of higher education and provided subsidies to private ones.”

“We expanded vocational and technical training for those not able to pursue a full academic program. Rural Teachers Training Institutes were also reactivated while the wages of teachers were increased from US$30 to a minimum of US$200 a month â€“ still not enough.”

She said the steps had led to some achievements. â€œThe result of these efforts has been the increase in the number of students enrolled nationwide from 1 million to 1.5 million,” she said. “For every ten boys in school, there are nine girls – still not good enough, but a big improvement since 2005, when there were only seven girls in school for every ten boys.”

Tarr has described the presidentâ€™s criticism as missing the target. â€œPerhaps the president was frustrated and what she said was not something she really [did mean] to say,â€ he said in an interview with The Bush Chicken on Friday.

He disagreed that the education system was a â€œbig messâ€. According to him, what the system faced was a serious challenge. â€œThe actual fact is that we have a very great challenge in the system,” he said. “There are some students like me who are doing very well, so will you say I am a product of the mess? No.”

He said the challenges arise from a lack of commitment on the part of most students, unqualified teachers being placed in the classrooms and some parents refusing to provide proper guidance for their children.

â€œIn the education of a child, there are three responsible forces – the one from the parents, the teachers and the child himself,” Tarr said.

Tarr said overcoming the challenges will depend on the measures that will be introduced by the new minister of education, George Werner.

The president said even those graduating from schools are not doing what is required of them. â€œEven for those who complete school, not everyone is learning what they should,” she said. “An investigation showed that one-third of 3rd graders could not read a simple sentence. Overall, only half of those finishing primary school are functionally literate.â€ Â She said it is no wonder that many parents prefer to sacrifice and pay for private schooling rather than send their children to the public schools where tuition is free.

To curtail these challenges, the government passed a new law, The Educate Reform Act of 2012-2013. The law authorized the formation of county school boards aimed at encouraging community ownership and partnership in the education sector.

Sirleaf said the government was committed to changing the approach from â€œtop-downâ€ to one that is based on partnership between the government and community schools, between the public and the private sector and between parents and teachers.

â€œThe Education Reform Act of 2011 takes decisions out of the hands of the Education Ministry in Monrovia and puts them in the hands of County School Boards, who are closer to the parents and the teachers,â€ she said.

Since the removal of Othello Gongar as Minister of Education, school boards set up in the counties have remained inactive.

Emmanuel Johnson, the Head of the Margibi County School Board, has since complained of being side-stepped by former Minister of Education Etmonia Tarpehâ€™s administration. â€œWe have been forgotten and are getting no support from the Ministry,” he said.