According to the Executive Mansion, President George Weah expressed the need for the country to come to terms with the catastrophe and empathize with the victims and their families. The president also declared the affected area a â€œNational Disaster Zone,â€ ordering security entities to provide security in the area and prevent further illicit mining.

The release disclosed that the president has also ordered a technical committee headed by Internal Affairs Minister Varney Sirleaf to work with the National Disaster Management Agency to move as quickly as possible to the affected area to conduct an intensive search for possible survivors and render appropriate assistance to affected families and their communities.

â€œPresident Weah is calling on national and international organizations and development partners, mainly the United Nations, ECOWAS, European Union, United States, China and other friendly nations having expertise in disaster management to join the technical team set up to bring needed relief to individuals and families affected by the disaster,â€ the release disclosed.

The president described the tragedy as â€œtotally depressing for our country at a time my government is endeavoring to create an enabling environment for our people to improve their lives.â€

The Liberian leader expressed condolences to families who lost their relatives to the incident and wished speedy recovery for those who sustained injuries. He assured that the government would do all in its powers to provide the necessary support and assistance to the region. 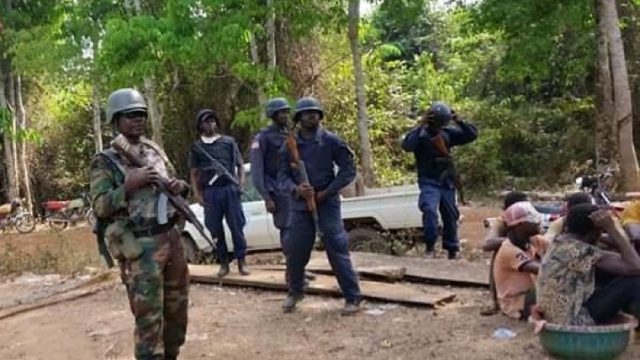 Following the incident on February 10, the Liberian leader dispatched units of the Armed Forces of Liberia to the disaster zone to assist with the rescue and recovery efforts.

Other miners in the area attempted to save their colleagues using manual efforts to remove the debris for a week.

On Thursday, February 14, the National Disaster Management Agency disclosed in a release that at least seven of the miners were recovered dead and a few survivors rescued. The agency said three of the bodies were identified and turned over to family members for burial, while others were yet to be identified as a result of decay.

â€œDue to the long stay of entrapped persons in the collapsed soil disaster, disaster management specialists, health workers, security officers, and environmentalists have stated that the lack of access to air, food, and water (if the victims may have been alive) may not keep the victims alive considering the length of time they have stayed underground (four days),â€ it said in the release.

It added that the smell of decayed bodies under thin soils had begun to soil the air, creating atmospheric pollution and other environmental hazards, adding that soil waters around the affected area were likely to be contaminated.

â€œThe government, through the National Disaster Management Agency, has been able to mobilize the available resources to get the Armed Forces of Liberia [to] increase its rescue operations, the Liberia National Police [to] man the affected area, and other ministries and agencies [to] provide their medical, technical, and logistical support,â€ the release disclosed.

The government encouraged residents near the affected areas to refrain from going to the scene of the disaster as it may not be safe or healthy for them. It also encouraged them to follow security instructions before moving anywhere near the affected scene, although the air was being disinfected and safe drinking water provided to towns and villages whose water had been contaminated, in order to prevent the spread of water-borne diseases.

In another release issued on Sunday, February 17, the director for communication and outreach at the National Disaster Management Agency, Archievego Doe, reported that 65 individuals reported to be illegal miners who were resisting the presence of authorities were arrested and turned over to the Tappita detachment of the Liberia National Police. 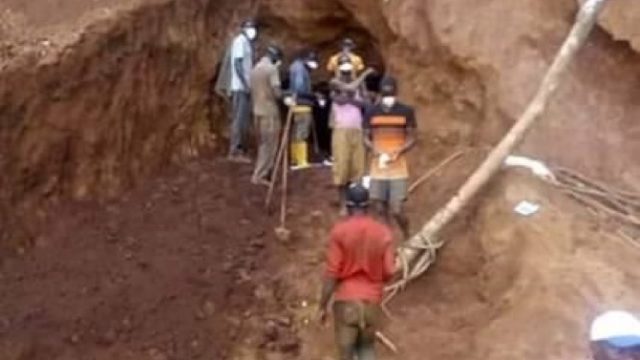 Doe said the Liberia National Red Cross Society had begun contact tracing to determine who were missing in the loose soil collapse, while the Ministry of Health, the National Public Health Institute of Liberia, the WASH Commission, and the Environmental Protection Agency had begun testing water sources for possible water pollution, and assessing livelihoods to ensure the safety of the community. They are also conducting surveillance of a possible outbreak of either air or waterborne diseases.

â€œThe Ministry of Internal Affairs and the National Traditional Council of Liberia have been engaging the chiefs and elders to ensure the operations are smoothly carried out without breaking our cultural norms,â€ he said.

According to him, the complication of the mines is impeding speedy rescue efforts. Emergency responders are now taking earth-moving equipment to open the road to the incident site.

â€œThe purpose for this is to allow an excavator machine to move into the mines so as to speed up the rescue work,â€ he noted.

The disaster management agency praised the president for making available resources to address the current disaster and declaring a day for national mourning in memory of people who lost their lives in the soil collapse.