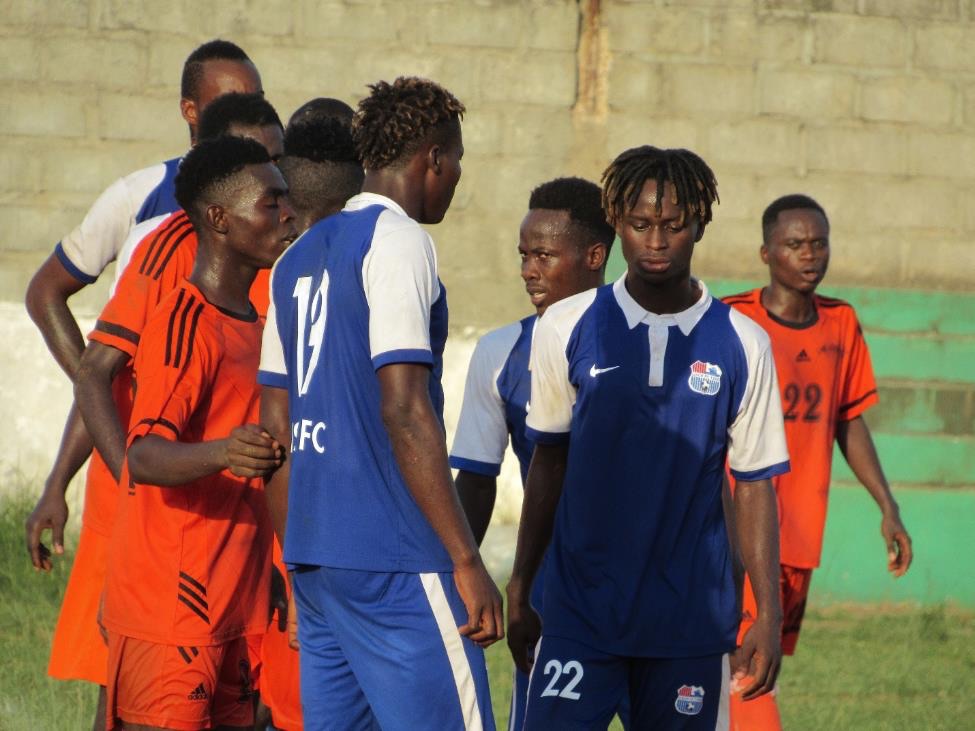 The Soccer Missionaries got their first points of the season with a narrow 3-2 win over the Port Boys, NPA Anchors FC. Goals from Perfect Deah, Emmanuel Massalay, and Benny Tisdell gave FC Fassell all three against an NPA Anchors team that got their goals through Darlington Lynch and Alex Whittemore.

After conceding nine consecutive defeats, Fassell looked sharp under new head coach Emmanuel Kaykay as they engaged NPA Anchors. They went to the first half break with a 2-0 lead through strikes from Deah and Massalay and were on their path to pick up their first win of the season.

However, NPA Anchors returned from the break stronger and leveled the score through goals from Darlington Lynch and Alex Whittemore. The two teams appeared to be settling for a draw until Benny Tisdell struck late to win all three points for FC Fassell.

Fassell remains in the bottom of the league with three points while NPA Anchors dropped to 10th on the table with eight points.

As the lowly ranked FC Fassell collected their first three points, title contenders LISCR FC and Watanga FC faced challenges in their quest. LISCRâ€™s six-game winning streak in the league ended in Ganta, Nimba when they bowed to Nimba FC. Nimba FC moved to sixth place on the table with 14 points after James Dixonâ€™s lone goal helped them defeat LISCR, which is now down two places at the third spot with 21 points.

The Shipping Boys are three points behind the new league leaders, LPRC Oilers. The Oilers assumed the top position for the first time after their 2-0 win over Nimba United, with Dominic Jartehâ€™s brace.

Nimba United remains fourth on the table with 19 points, leveled on points with fifth-placed Watanga FC that suffered a surprising 1-0 defeat to Jubilee FC. Tony Williams scored the only goal of the match from the penalty spot to give Jubilee their second win of the season. The three points took the Church Boys one place above the relegation zone. They moved to the ninth position with nine points from ten games.

Meanwhile, Small Town Football Club bounced back from defeat to win 3-0 against Keitrace FC. The Logan Town-based club collected their third win in the league to move to eighth on the table with 10 points. Abel Glaygbogar, Joel Santharus, and veteran striker Namie Yancy all got goals to condemn Keitrace FC to their seventh defeat of the season. The defeat leaves Keitrace just a place above FC Fassell with seven points.