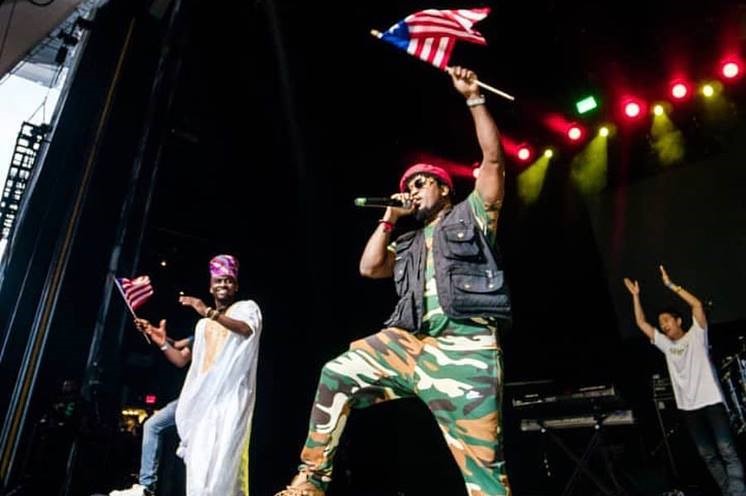 History was made in the Liberian entertainment industry over the weekend when Liberiaâ€™s Afro-pop star Daniel George, commonly known as DenG, performed at the One Africa Music Festival in New York in the U.S.

The â€œKemahâ€ hitmaker became the first and only Liberian artist to perform at the international concert that brings together top musicians from around Africa. DenG, who departed Liberia for the U.S. on Wednesday, July 25 for a musical tour, including a live performance at a Liberian Independence Day celebration concert in California, first confirmed his appearance on stage at the One Africa Music Fest via his Facebook page.

Two days after breaking the news to his fans and many Liberians, the 33-year-old made history when he performed at the concert at the Ford Amphitheater in Brooklyn, New York. Deng rocked the stage along with other top African artists, including Nigerian artists Wizkid, Flavour Nabania, Tekno Miles, Ghanaian rapper Sarkodie, South African rapper Cassper Nyovest and Tanzanian Diamond Platnumz.

One of Liberiaâ€™s rising artist, MC Caro, congratulated DenG on his performance, referring to him as a legend of Liberian music. MC Caro, who got famous off her freestyle rap titled, â€œPro-Poor,â€ paid courtesy to the man she considers her role model via Facebook.

She wrote, â€œI just want u to know that if u die today, u die a legend. May God keep u safe senior.â€

The One Africa Music Fest is one of Africaâ€™s most prestigious leading platform in showcasing Africaâ€™s best and brightest talents and has been held since 2016 at various locations in the U.S. Its aim is to solidify Africaâ€™s position within the entertainment industry on a global level.