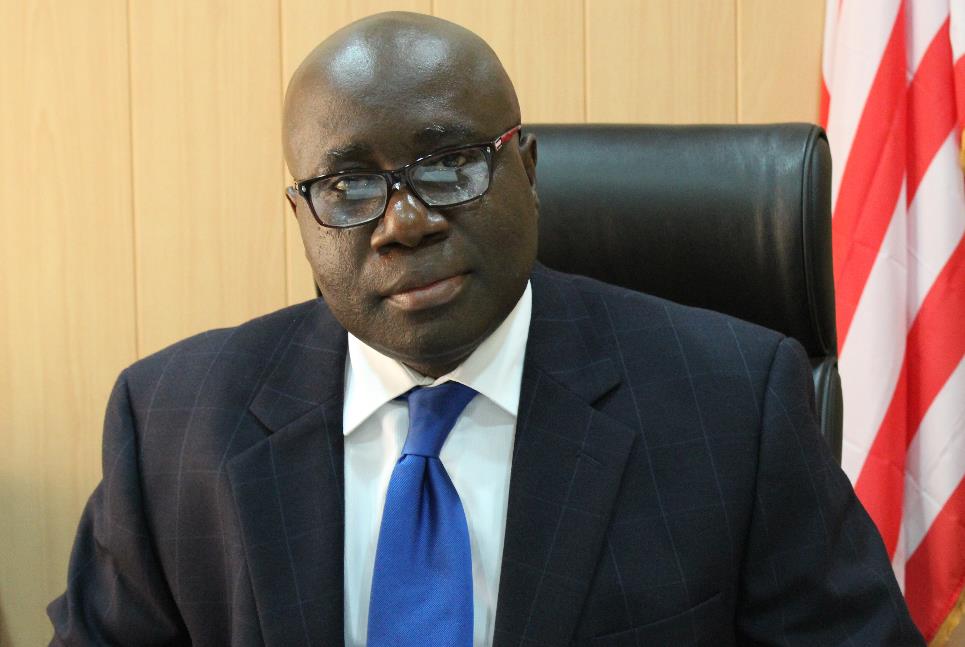 MONROVIA, Montserrado â€“ Despite his consistent denial of media reports that he holds a U.S. citizenship, at least one more document has surfaced confirming that the chairman of the National Elections Commission, Jerome Korkoya, is a U.S. citizen.

Local dailies have recently been publishing two passports, one American and the other Liberian, reportedly bearing the details of Korkoya, indicating that he holds citizenship in both countries. However, The Bush Chicken has not been able to independently authenticate the two passports.

Although the NEC chairman denies the claims, The Bush Chicken has found that Korkoya was registered to vote in the 2008 U.S. elections, confirming allegations initially made by perennial presidential candidate Togba-Nah Tipoteh.

Like in Liberia, voter information in most of U.S. states is public information and can be easily found by searching a personâ€™s full name and date of birth on the stateâ€™s website.

Additionally, while Korkoya could have renounced his American citizenship in the time period since he was registered to vote, his name was never published in the Federal Register of individuals who had lost their U.S. citizenship.

The release said Korkoya also described the reports as a smear campaign intended to distract the Commission from carrying out its constitutional mandate of conducting free, fair, and transparent elections.

â€œCllr. Korkoya says that the ongoing smear campaign is false, misleading, and an attempt to distract the Commission from carrying out its constitutional mandate of conducting free, fair and transparent elections,â€ the statement read.

When contacted to provide clarification on the latest information of the NEC chairman registering to vote in the 2008 US elections, NECâ€™s director of communications, Joseph Nyesuah, told The Bush Chicken that he could not comment on the issue because it is a personal matter.

Although it is being reviewed as one of the propositions for referendum, the current law does not allow dual citizenship in Liberia. Chapter 22 of the Liberia Alien and Nationality Act provides that a person loses his or her citizenship upon naturalization in a foreign country.

The New Elections law also provides that NEC commissioners must be Liberian citizens, at least 35 years of age, and of good moral character.

Perjury under the penal law of Liberia is a third-degree felony or first-degree misdemeanor, which is punishable by a fine in the discretion of the judge or a jail sentence for a period between six and 12 months.

Gongloe said the current NEC chairman cannot preside over the October elections if he is a U.S. citizen.

â€œOur constitution forbids foreigners from serving as commissioners of the NEC, simply because it has to do with trust and credibility,â€ he noted.

He recommended to President Ellen Johnson Sirleaf to ascertain the facts surrounding the citizenship of Korkoyaâ€™s for further actions.

However, the presidentâ€™s office is yet to make any official comment or take action on the matter.

Presidential Press Secretary JerolimekÂ Piah, told the Bush Chicken that the president is currently on a tour in rural Liberia, but said he would follow the issue.

Featured photo by The Bush Chicken