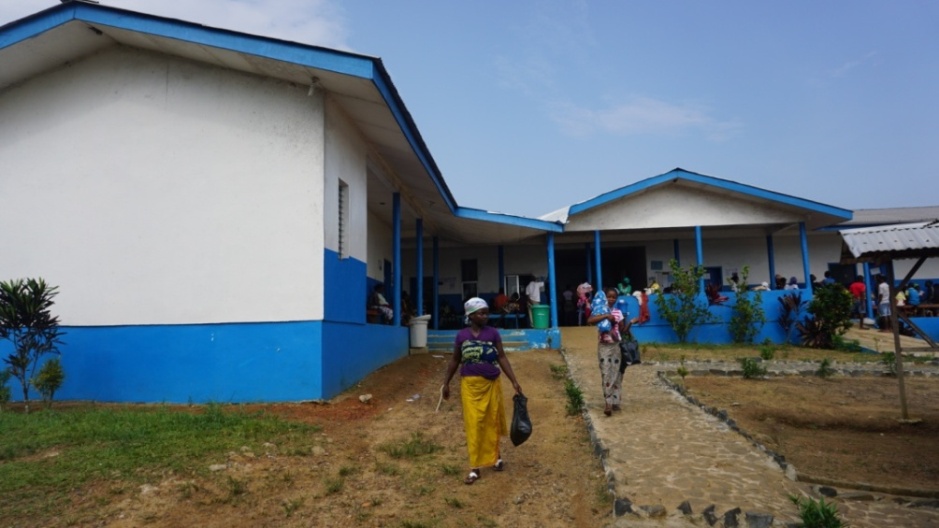 PLEEBO, Maryland – While the J. J. Dossen Hospital in Harper has been renovated and provided with top-notch equipment, in nearby Pleebo, the Pleebo Health Center continues to struggle with its own issues.

The Liberian government, collaborating with Partners in Health – the same organization that was responsible for revamping the J. J. Dossen Hospital – did some renovation work on the facility. Partners in Health even brought in air conditioners, oxygen machines, baby warmers, and two generators.

Peter S. Dandy, the laboratory technician at the health center, said the new equipment brought in has made his work easier.

“Blood tests done in the past at the facility took [a] longer time to get the results,” he said. “The health center is now testing [the] blood of 100 people per day, with results being released on the same day of testing.” However, Kilpatrick Shems, who heads the center, said despite the completion of the construction and the installation of quality equipment, the facility currently has limited storage space for its drugs, and lacks screening rooms for its patients.

“On average, the health center is very small,” Shems said, adding that the lack of sufficient space presents challenges during patient care. At the maternity and female in-patient wards, there are only three beds each due to the lack of space at the facility, while only four beds were seen in the emergency room.

Although Pleebo has a greater population than Harper, which is 26 km away, Shems said his facility, which receives 200 patients a day, lacks a doctor and often refers cases to the J. J. Dossen Hospital whenever there is a lack of expertise or equipment.

Strangulated hernia and obstructed labor are among the most commonly referred cases, Shems said. The health center ends up dealing mostly with malaria cases at its out-patient department.

The lack of adequate space has led authorities at the health center to take improvised measures of accommodating patients in the overcrowded facility. An adjacent center previously used to care for Ebola patients has been modified by Partners in Health and now functions as the Pleebo Health Center’s emergency room. Sophia W. Chea, a certified midwife at the center, also confirmed that the issue of limited space was a challenge within her department. Chea said after delivery, mothers often do not have beds to lie comfortably with their child in. Sharing beds is not healthy for the child and mother, Chea said, adding, “Anyone of them could contract diseases from those they are sharing the bed with.”

The government-owned health center has been providing free medical services for residents in Sodoken District since July 2016. But pregnant women going to the facility for delivery are misconstruing the concept of free medical service, said Habibatu Alu, supervisor of maternal child health at the center.

She said pregnant women who go to the health center in labor, expect the facility to do everything for them up to the end of delivery. They often go into labor without any relatives or cloth to wrap the child in after delivery, Alu said. “In cases of complications, it becomes very difficult for the facility because the health center does not know who to contact.”

The health center, already strapped for resources, often has to use the mothers’ lappa – a cloth Liberian women wrap around their waist – for the child, and facility beddings to cover the mother.

This story was funded as part of a travel grant provided by Internews. Featured photo by Zeze Ballah