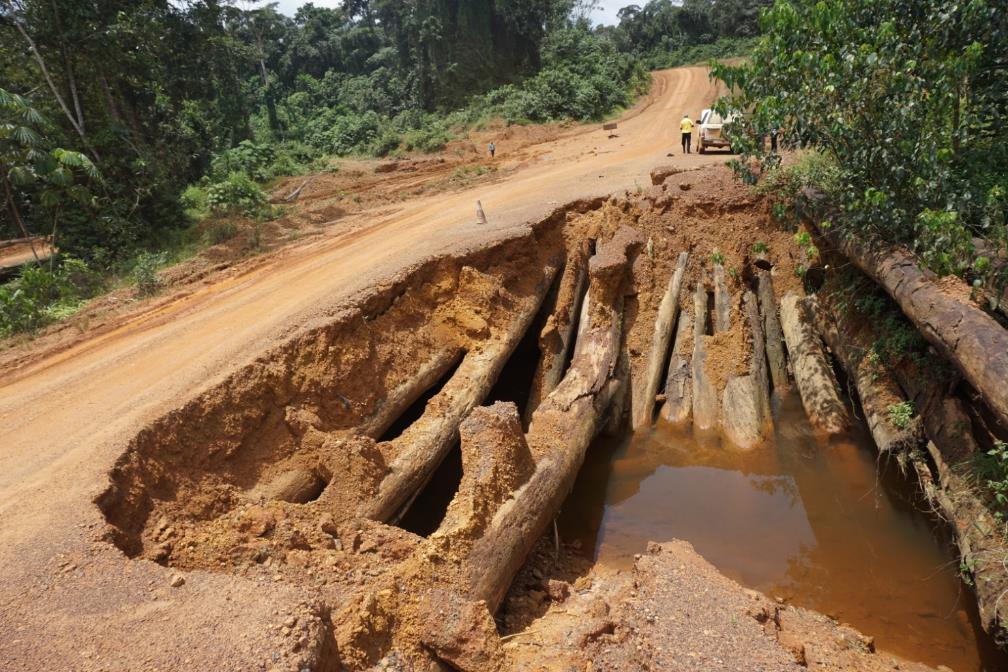 BARCLAYVILLE, Grand Kru – This rainy season, travelers making their way by road to Maryland would be advised to take the route through Grand Kru and River Cess.

While the road is no doubt dangerous, minibuses and sedans were seen in much larger numbers not seen on the road through Nimba, Grand Gedeh, and River Gee.

Even the prices paid by passengers reflect the difference in difficulty of traveling along both routes. Through Grand Kru and River Cess, passengers are spending L$5000 (US$51.02) while those traveling through Nimba can expect the fares to be L$8,000 (US$81.63). The journey through Nimba also takes much longer.

However, despite the advantages of going through Grand Kru, it is still a risky route and most of the commuters are traders conducting businesses between the connecting counties.

A major issue along the route is the instability of the various bridges. A recent trip through southeastern Maryland, Grand Kru, and River Cess revealed that most of the log bridges are in deplorable conditions.

The Bush Chicken was not able to determine who constructed the log bridges but the Atlantic Resource Logging Company is involved in logging activities in the area. The log bridges constructed along the route have depreciated due to the torrential rain in the dense tropical forest.

Drivers, when approaching the bridges, would often exit their vehicles to inspect the structures before driving across.

Additionally, overflowing rivers are washing away the compacted earth over the log bridges, while the rain is creating several deep holes in the road.

Some of the holes are so big that they are traps for drivers who are not familiar with the terrain. There are no signs along the road to alert drivers of the road hazards. At the site of another bridge between Grand Kru and River Cess, trucks are not allowed to cross because they would weigh too much for the temporary bridge. The original bridge reportedly collapsed in the middle of 2016.

In order to transport goods across the bridge, businesspeople have to arrange for two trucks to meet each other at both ends of the bridge. Goods are then carried across the bridge by hired workers from one truck to the other. Trucks are not allowed to cross this temporary bridge. Photo: Zeze Ballah

One of the worst affected areas along the route is surprisingly only a 45-minute drive from Buchanan, at Gban-kon Town.

At this site, truck drivers pay US$10 to men operating construction equipment to pull them out of the mud, while motorcyclists are paying L$200 (US$2.04). Trucks and motorbikes struggling in the mud at Gban-kon Town. Photo: Zeze Ballah