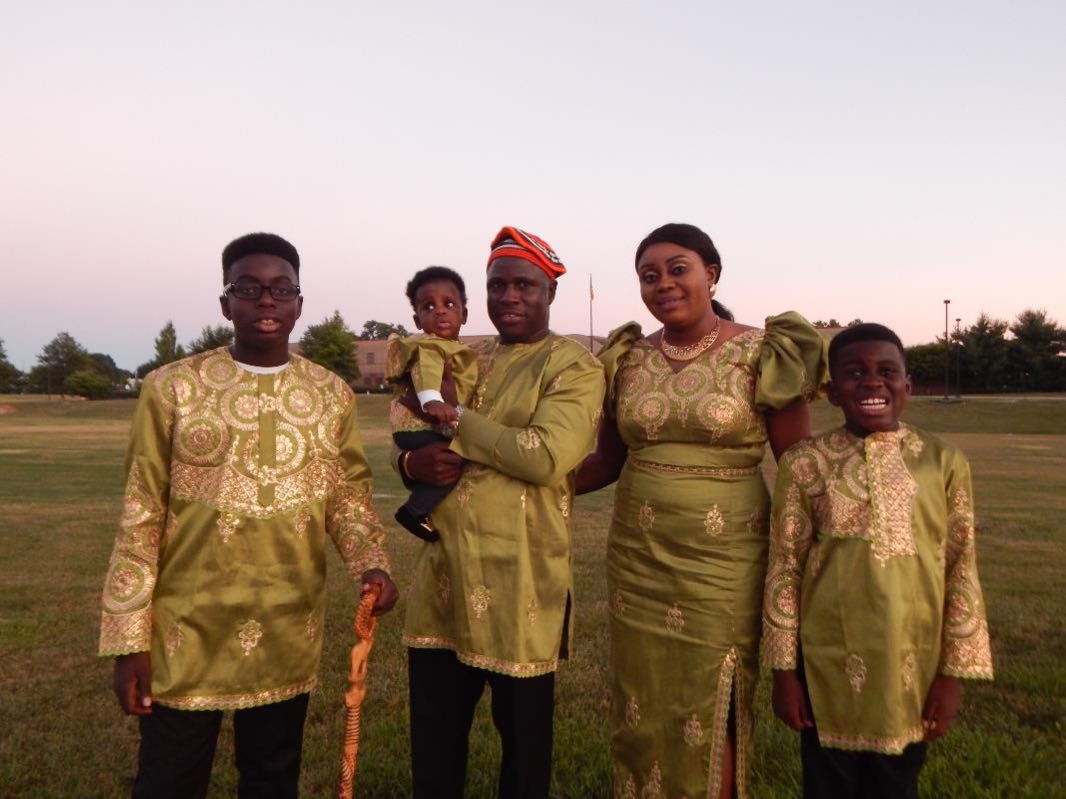 Editorâ€™s Note: This is a sponsored article

Harrisburg, the capital of the state of Pennsylvania, and seat of Dauphin County in the United States was the host of a mixed African cultural spectacle when the 43rd birthday of Steven Makor was celebrated. The event coincided with the dedication of Asher Peter Makor, Steven Makorâ€™s youngest son who is now four months old.

Stephen has been married to Emilia Makor, a Cameroonian native since 2006, and the ceremony was a reflection of the merging of two cultures.

Makor, who hails from Nimba, told The Bush Chicken that he has resided in the United States since 1999 when he was resettled from Ghana as a refugee to seek a better life.

Makor had initially left Liberia in 1992, not because of the war, but to stay with his sister and attend college. He said after relocating to the U.S., he also obtained a computer specialist certificate before enrolling at Pennsylvania State University and graduated with a degree in network administration.

With all these educational achievements, Makor said the achievement he is most proud of is his marriage. The couple renewed their vow in 2012, and have two other boys â€“ Nathan, 11, and Christian, 7. The pride in his marriage was evident, as the event was more tilted in celebration of Cameroonian culture than that of Liberia. Makor says he now relates more to the Cameroonians than Liberians.

At the event, the Makors were color coordinated in mixed-cultural African attires, with some western adaptations. The birthday celebrant added an elaborately carved wooden walking stick to his outfit, which was crowned with a Cameroonian hat that was specially ordered by his wife for him.

His wife said the hat is a confirmation of a â€œNi,â€ a title given to highly respected individuals in her tradition. Drinks of several varieties, as well as dishes of western, Ghanaian, Cameroonian, and Liberian origins, were served during the event. The celebration continued the next day with breakfast and barbecue for guests, many of whom came from other cities in the U.S.

Makor is the last of 12 children from his mother, who also currently resides in Pennsylvania. Several of his siblings, relatives, and friends, as well as friends and family members of his wife, were in attendance of the celebration on Friday.

Editorâ€™s Note: This is a sponsored article. Featured photo by Gbatemah Senah

Sharing
Tags Culture
Contributions to The Bush Chicken are not tax deductible.