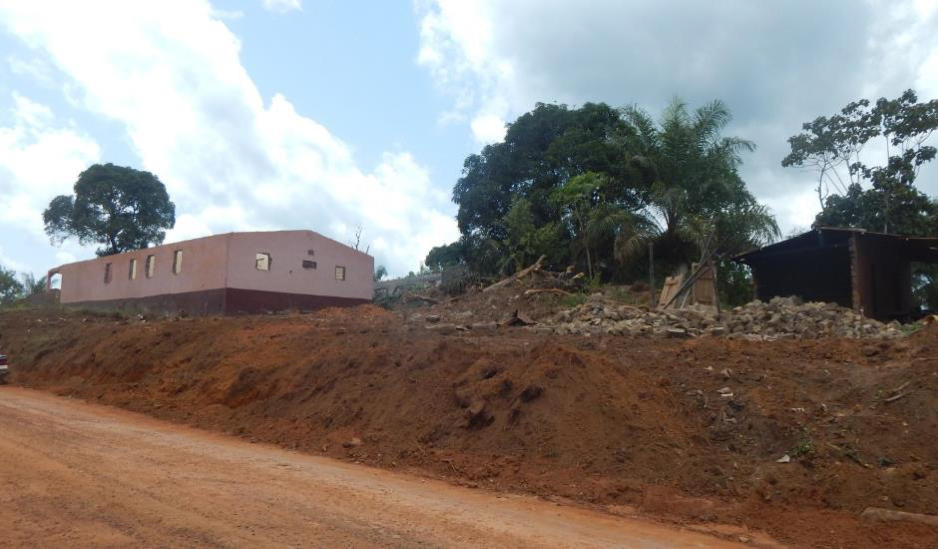 GANTA, Nimba â€“ The Ganta-Yekepa Road has become the subject of a spar between two politicians arguing over the reason why ArcelorMittal has no longer committed to constructing the road.

In November 2016, the then-superintendent of Nimba, Fong Zuagele, announced that the government would take over funding the entire road, instead of just a fifth of its cost, because ArcelorMittal was â€œfacing a financial crisis due to the decline in the price of iron ore.â€

â€œThe government has secured the funding through its budgetary allotments,â€ Zuagele said at the time, adding that the company constructing the road would be starting in December.

Six months later, the government has still not begun constructing the road, for reasons not yet announced.

However, Rep. Matenokay Tingban of Nimbaâ€™s ninth district has alleged that Liberty Partyâ€™s Charles Brumskine â€œmastermindedâ€ a decision by ArcelorMittal to remove a clause holding the company responsible for constructing the road from the Mineral Development Agreement signed with the government.

The initial agreement was signed in 2005 with the National Transitional Government of Liberia. When the Ellen Johnson Sirleaf administration came into power, Liberian authorities began reviewing all past concessions and contracts; another agreement between ArcelorMittal and the Government of Liberia was done in 2006, which did not include the requirement.

The removal of the clause meant that ArcelorMittal was no longer legally required to pay for the road, making it easier for the company to pull out when market conditions were tough.

Tingban made the statements at the Sanniquellie induction ceremony of the new superintendent and assistant superintendent for development, D. Dorr Cooper and Markerson Davis, respectively. Tingban said he was referencing statements already made by Unity Partyâ€™s national chair, Wilmot Paye.

Tigban said Brumskine â€œwrongly advised ArcelorMittal and he has forgotten to know that he would one day come to the people of Nimba to ask them for vote.â€

However, Teeko Yorlay, the deputy co-chair on recruitment and mobilization for the Liberty Party, did not take kindly to the characterization of his standard bearer as a greedy corporate lawyer. He was completing a week tour in Nimba with Harrison Karnwea, the vice standard bearer of Liberty Party, when he came in defense of Brumskine.

Yorlay said it beats his imagination that legislators like Tingban would lie to the people that elected them.

â€œFor a legislator elected by our people to represent their interest to see our people as people they can easily lie to, itâ€™s something I cannot imagine â€“ it beats my imagination,â€ he said.

According to Yorlay, the lawyer who represented ArcelorMittal by then was Varney Sharmen, former chairman of Unity Party and now senator of Grand Cape Mount.

According to Sherman & Shermanâ€™s website, the legal firm represented ArcelorMittal until 2005. The company was then known as Mittal Steel. While Brumskineâ€™s law firm, Brumskine & Associates, subsequently represented the mining giant, it is not clear when the firmâ€™s service began.

Yorlay placed the blame on lawmakers who, he said, instead of making it a legal requirement for ArcelorMittal to complete the road, made a verbal agreement with the company.

â€œThey were so lazy and called it a gentlemen agreement, having told our people that they needed re-election to come and repeal that agreement,â€ he said.

Yorlay further claimed that Tingban, who chairs the House Committee on Lands, Mines and Energy, has the power to mandate ArcelorMittal to work in the interest of the people.

â€œWhere is the oversight responsibility of Rep. Tingban,â€ Yorlay questioned.

ArcelorMittal and Brumskine have both not made any official statement regarding the issue.