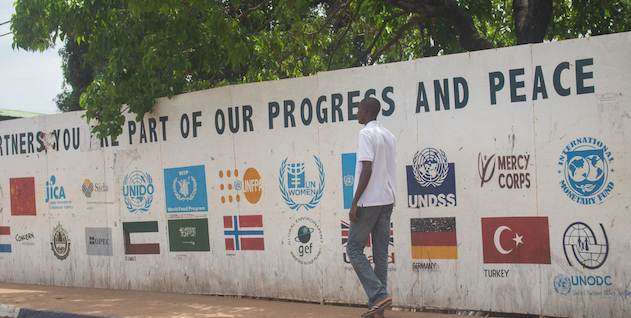 MONROVIA, Montserrado â€“ Two diplomatic mission sources in Liberia have confirmed the authenticity of communication written to President George Weah on the abuse and usage of donor accounts at the Central Bank which was not agreed upon. It comes as the government also acknowledged on Thursday that the letter is real.

On Wednesday, May 8 the leaked letter surfaced on social media and drew huge condemnation and public outcry.

The nine diplomatic mission heads drew attention to a long-rumored but until now unproven practice of the government temporarily removing designated funding from â€œa variety of accounts associated with donor programs.â€

The diplomats said the coordinated letter was being sent because they discovered â€œa greater scale of irregular withdrawals than was previously and collectively known.â€

â€œIn light of this funding, the donor partners are obligated to consider the integrity of the funding that our governments have allocated for Liberian assistance programs and ways to protect it going forward,â€ the diplomats wrote, adding that the practice was damaging donor confident in the governmentâ€™s use of donor funds.

The letter called on the government to immediately restore funds it took outside of their intended purposes and cease those practices immediately.

Immediately following the leaking of the letter, many doubted its validity, given that there was no letterhead and the letter was not dated.

However, two diplomatic sources confirmed the authenticity of the communication, but could not speak on record given the sensitive nature of government to government communications.

In a press conference at the Ministry of Information on Thursday, May 9, Information Minister Eugene Nagbe confirmed the existence of the letter, noting that the practice was nothing new, as it had been done by the previous government.

He noted that the government was facing â€œa cash flow problemâ€ in trying to meet the payroll of civil servants and had transferred the funds from the donor-funded accounts to its consolidated account to use until it raised enough revenues to transfer the funds back.

He said the diplomats were not raising the issue because they thought something illegal had been done, but rather because best practices require a separation of the funds.

â€œTheyâ€™re not raising it because they think the government is corrupt. Itâ€™s a technical issue,â€ he said. â€œSo whatâ€™s all this noise about?â€

In noting that the government of former president Ellen Johnson Sirleaf also faced similar issues, Nagbe said one of the first things Finance Minister Samuel Tweah had to do when he took over was to put funds that were withdrawn in a similar fashion by the past government back in donor account.

â€œThe first job â€“ the first major expenditure that this government had to do when it came to power was to put that US$2.2 million back into the donor-funded project fund. So this is not [about] someone taking money and carrying it home,â€ he said.

However, Nagbe said the president had ordered that donor-funded accounts be â€œring-fencedâ€ from the governmentâ€™s consolidated account going forward.