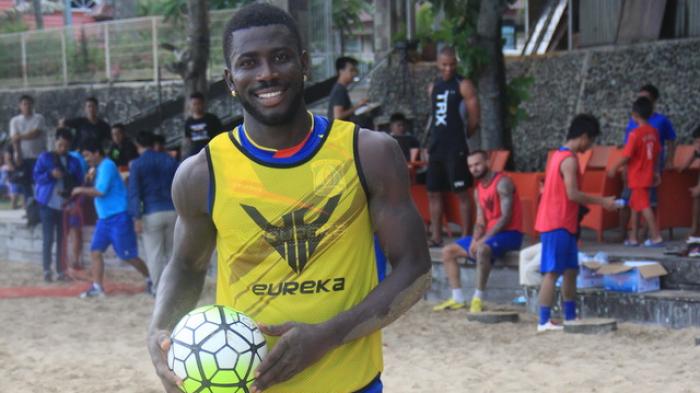 After over a month of exciting football, the 2017 Indonesian President Cup has reached its climax with Pusamania Borneo meeting Arena Football Club in the final. The game is scheduled for Sunday, March 21st.

Borneo earlier won the first leg with a 2-1 score at home before bowing to a 2-1 defeat to Bandung in their away match, taking the aggregate to 3-3 in the second leg. The match went to 30 minutes of extra time of play where both teams failed to score, forcing the game-winner to be decided via a penalty shootout.

With a narrow 2-1 lead in the second leg, Borneo was closer to reaching the final, but their fortunes appeared to have turned when Persib Bandung took the lead on the half-hour mark. The Blue Tigers went ahead through Japanese forward, Shohei Matsunaga, and prevented Borneo from leveling the score until the first half break.

With the score at 1-0, the aggregate became 2-2, and Bandung were the favorites to advance to the final, having scored an away goal at Borneo. However, their hopes quickly diminished in the second half when Glay scored with a header in the 53rd minute. The former Thika United defender headed in Asri Akbarâ€™s corner kick to level the score. At this point, Borneo was marching into the final with a 3-2 aggregate until Bandung took the lead, thanks to Febri Haryadiâ€™s 76th-minute goal.

The score turned 3-3 on aggregate, and both teams were in the hunt for a goal to book a place in the final, but none managed to take the lead at the end of the 90 minutes. The match moved to extra 30 minutes of play, but no goal was scored with both teams missing several chances. Borneo eventually won with a 5-3 score during the penalty shootout.

Sharing
Tags Dirkir Glay
Contributions to The Bush Chicken are not tax deductible.