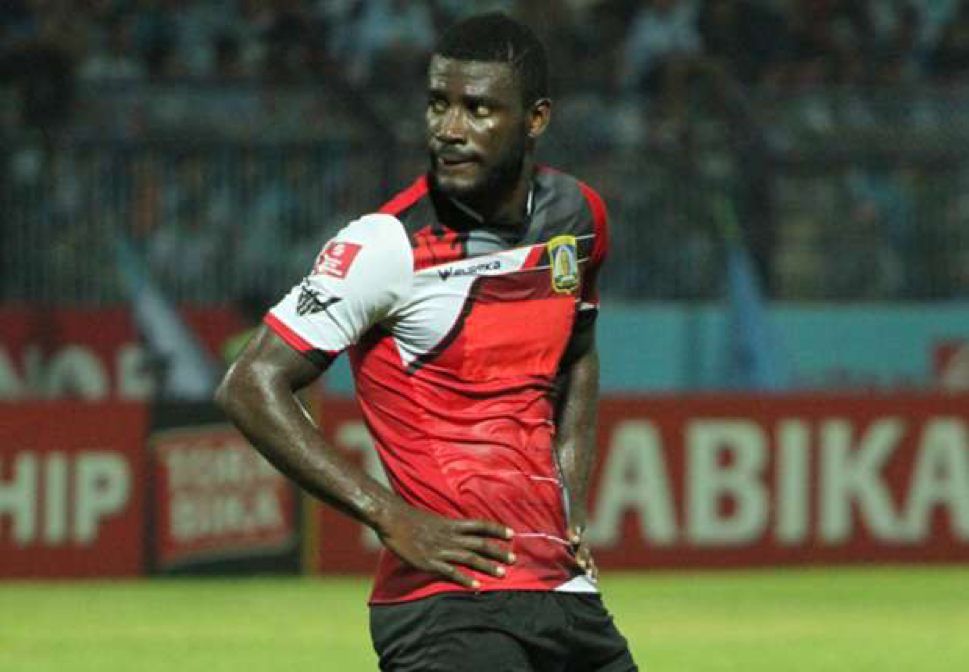 Liberians will not cheer for any Indonesian team for the remainder of the 2017 Indonesia Super League season after the only Liberian playing in the competition, Dirkir Glay, saw his contract terminated by his employers, Persiba Balikpapan, based on a mutual agreement.

Glayâ€™s contract was terminated immediately at the end of the first phase despite him playing well during league games. The 25-year-old center defender played 14 games and scored three goals during the first phase.

Balikpapan sits at the 17th place on an eighteen-team table with 19 points from 25 games. Speaking to the media after seeing his contract was terminated, Glay thanked the club and fans for their support during his stay.

â€œI would like to express my gratitude to all the Persiba Balikpapan family and the fans of Persiba,â€ he said. â€œI wish the club good luck for the remainder of the season and I hope they put out a strong fight to move out of the relegation zone.â€

On behalf of the club, Balikpapan president Bambang Suhendro acknowledged Glay for his time with the club. Speaking to the media, Suhendro said, â€œWe would like to thank Dirkir for his contributions to the club. It was a difficult decision to take. We wish him all best of luck in the future.â€

Glay was replaced by Montenegrin defender Srdan Lopicic, who had been training with the club.

After four years of playing in the Kenyan Premier League for Thika United and Gor Mahia, Glay moved to Indonesia in 2016 after signing a yearâ€™s deal with Balikpapan. He played in the 2016 Indonesia Soccer Championship with Balikpapan and moved to Samarinda0 based club, Borneo FC, for the 2017 Indonesia President Cup. He helped the club reach the finals, where they lost to Arema. After the President Cup, he returned to Balikpapan, signing the deal which was just terminated.

Glay was the only Liberian playing this year in the league after Eric Weeks, Eddie Boakay Foday, Edward Junior Wilson, and Sengbe Kennedy failed to secure deals before the start of the 2017 league season.