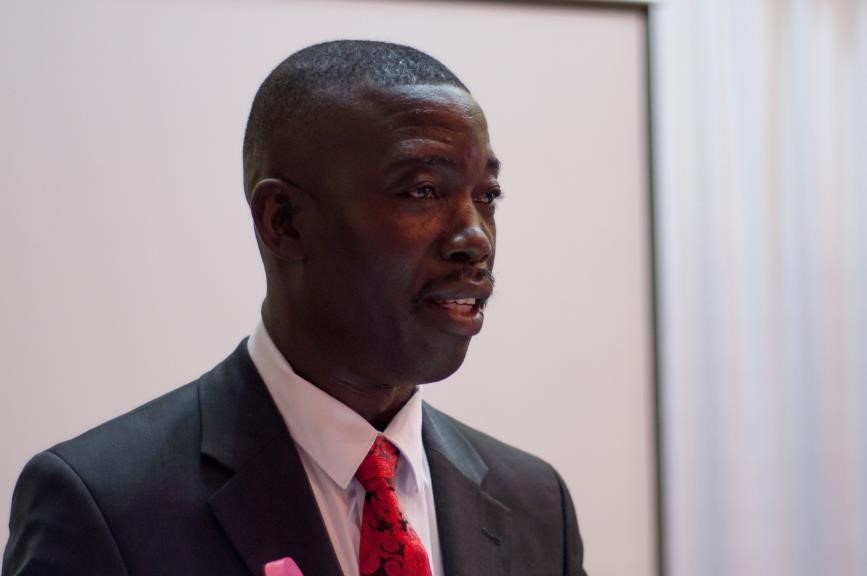 Brown made the statement on Friday, October 5 at the graduation ceremony of 19 child and adolescent mental health clinicians held at the Monrovia City Hall.

He said most of the public assume that mental disorders only affect individuals who roam the streets of communities and are visibly unstable. On the contrary, Brown said mental illnesses account for about one-third of the worldâ€™s disability and can be found in many people as a result of enormous personal suffering and socioeconomic losses.

He said mental health problems, including major depression, bipolar disorder, schizophrenia, and substance use disorders affect people of all age groups globally and within Liberia.

â€œMany of these symptoms are visible at the E.S. Grant Mental Health Hospital,â€ he added, mentioning Liberiaâ€™s only referral mental healthÂ hospital.

Given that Liberia has gone through 14 years of civil crisis, coupled with the Ebola epidemic, Brown said all Liberians need mental health support.

â€œIf Liberians were to go through mental health screening today, it will be realized that a majority of the citizenry needs attention,â€ he added.

Brown said the World Health Organization estimates that 20 percent of Liberians suffer from a mild to moderate mental disorder. Despite this statistic, he said, â€œLiberia has only two registered psychiatrists for a population over 4.5 million.â€

Further quoting WHO figures, Brown said most low- and middle-income countries have only one child psychiatrist for every 1 to 4 million people, a reality Brown said is glaring in Liberia where children have experienced the threats of war, Ebola, and dealing with the harsh reality of extreme poverty in several communities.

â€œWars and disasters have a large impact on mental health and psychosocial well-being of individuals,â€ the JFK CEO said.

Brown said the stigma and discrimination against mental health patients prevent people from seeking help, despite the existence of effective treatment. He said some people even believe that mental illnesses are untreatable, and â€œsuch stigma can lead to abuse, rejection, isolation and exclude people from health care support.â€

â€œWithin the health countryâ€™s care system, mentally ill people are often treated in institutions that resemble human warehouses rather than places of healing,â€ he added, noting that the E.S. Grant facility was no exception when the current administration took over.

â€œAbout 75 percent of the patients recovered over a period of one month after the government executed a massive renovation of the hospital thus creating an environment with much sanity and healing,â€ Brown maintained.

He said the government is considering mental health as a key component of its Pro-Poor Agenda for Prosperity and Development under the public sector investment plan and has commenced investment in a mental health project estimated at around US$7.2 million. US$1.1 million of that amount has already been made available toward the project.

Brown said that government has also provided scholarships for young doctors to be trained as psychiatrists.

Despite the progress, Brown said the lack of key medication hampers the effectiveness of the mental health clinicians and also contributes to worsening health outcomes, as patients will often relapse and see their stay prolonged at health facilities.

â€œI hope that the Health Ministry will take leadership in identifying appropriate strategies to address the underlying causes of the shortages of psychotropic medications,â€ he added.

Brown praised the WHO, Carter Center, the World Bank, and other partners who had worked with the Health Ministry to equip health workers, physician assistants, and nurses across the country.

He urged the graduates to help integrate mental health services into the larger health care system and make use of the knowledge acquired to impact and bring change to mentally ill persons. One of the graduates, Stephen Wortejieh Picka, urged the government to continue supporting and training mental health clinicians to sustain the program in the absence of the Carter Center.

Picka then recommended that the Health Ministry ensure that all health facilities are well-equipped and staffed with mental health clinicians.

â€œMental health should be taught as a separate course in all universities, colleges, and tertiary institutions,â€ he added.

The Child and Adolescent Post-Basic Mental Health Training program is part of a three-year initiative to address the psychological effects of Liberia’s Ebola crisis and to promote psychosocial health in the country.

The project is funded by Japan through the Japan Social Development Fund, a trust fund administered by the World Bank. It expects to reach approximately 19,000 beneficiaries in Montserrado and Margibi working through county health teams.