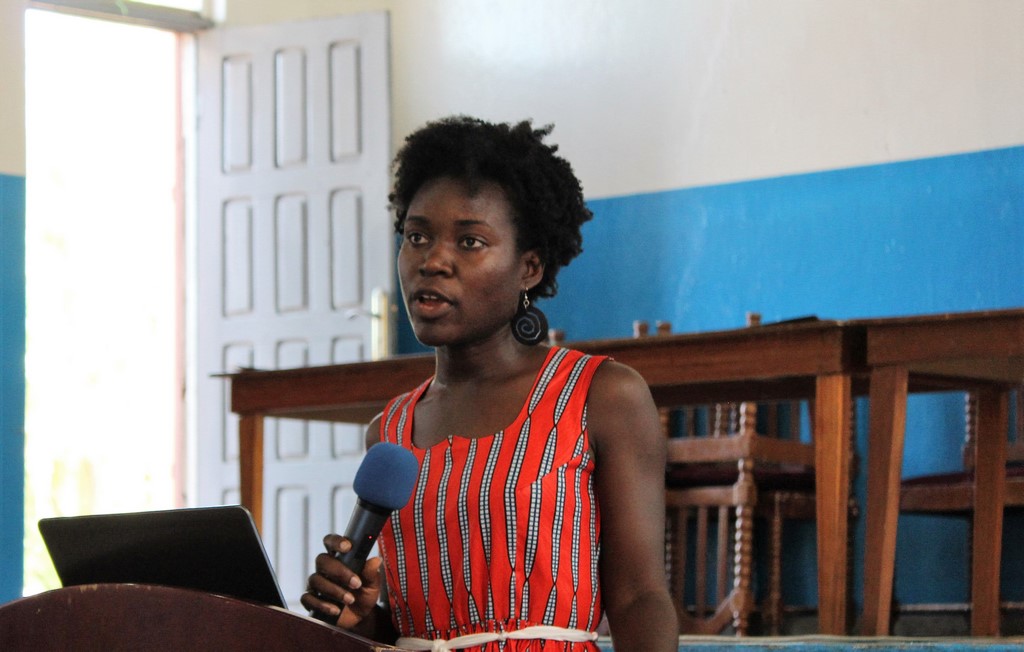 Her 350-paged thesis, which is titled, â€œThe Love of Liberty Divided Us Here? Factors Leading to the Introduction and Postponement in Passage of Liberiaâ€™s Dual Citizenship Bill,â€ studied the various constructions and practices of Liberian citizenship throughout history. Paileyâ€™s effort was particularly geared at understanding public opinion and sentiments regarding the 2008 dual citizenship bill sponsored by four senators, including Jewel Howard Taylor.

That bill, in addition to legislating dual citizenship, attempted to reconcile the conflict between the constitution and the Alien and Nationality Law. The Law discriminated against women in allowing citizenship to only be passed to children of Liberian men, but not of Liberian women.

Her framework looked at the various layers of citizenship to better understand the issue. Â In the study, Pailey found that people of different race, gender, age, class, and ethnicity experience citizenship differently in Liberia. For example, because of their trading and migratory patterns â€“ fundamental elements associated with their ethnicity and identity â€“ the Mandingos are not viewed as citizens by many other Liberians. Lebanese and Indian nationals are another group in the country who cannot, despite being born in Liberia, become citizens because of the notorious â€˜Negro clauseâ€™ in the constitution that bars them. In the interviews, Pailey saw a broad definition of citizenship. Citizenship was viewed from as a simple birthright, to the more active definition where citizenship is based on oneâ€™s contributions and responsibilities in society. Â On the active end, it is expected for you to â€œdo more than just exist as a Liberian.â€

Not surprisingly, Pailey said people based in Monrovia â€œwere more concerned about the contributions or the responsibility or the obligations side of the spectrum than those who were abroad.â€ That observation was consistent with similar conclusions arrived at by scholars in the field.

Pailey summed up the reasons why some Liberians refused to support the proposal: â€œThose who reject dual citizenship say itâ€™s going to privilege an already privileged people.â€ These Liberians feel that they would not reap the full benefits of citizenship if others were provided a path to citizenship.

After her extensive research on the issue, the Liberian academic concluded that the currently proposed bill was lacking in specificity. â€œThe dual citizenship legislation as we know it now has to reconcile with those claims about the fact that citizenship is not just about the passive end â€“ the identity-based, the rights and privileges side of the spectrum; citizenship is also about the active-based rights and responsibilities part of the spectrum,â€ she said. â€œYou have to specifically and explicitly state in the bill what it means to be a citizen and also what your obligations are as a dual citizen.â€

Pailey is currently a senior researcher at the University of Oxfordâ€™s International Migration Institute, and she is currently writing a book proposal based on her thesis to send to interested publishers, including Cambridge University Press. She previously served as an adjunct instructor at both the University of Liberia and Stella Maris Polytechnic.

This article has been edited to indicate that Pailey interviewed 7 Sierra Leonean policy makers as well as 202 Liberians instead of 200 Liberians. Featured photo by Jefferson Krua