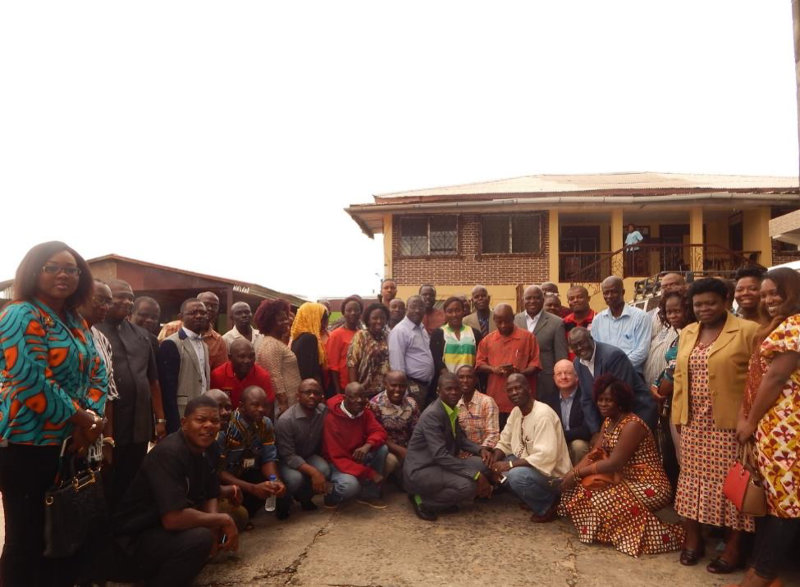 MONROVIA, Montserrado â€“ Barely a week after stakeholders discussed the need to establish legislations to better regulate food in Liberia, draft bills has been prepared and validated.

The draft Food Law and the National Standards Act were validated at a one-day forum that brought together members of the technical working committee, including the Ministries of Health, Agriculture, and Commerce and Industry, National Standards Laboratory, Liberia Chamber of Commerce, Liberia Business Association, and the Liberia Marketing Association.

The technical working committee directed the development of a roadmap that led to the drafting of the bills.

If passed into law, the policies will create food safety programs, establish a food inspection service along with adequate laboratories, and promote food safety research.

They would enhance the establishment of an effective standards authority to conduct appropriate tests to ensure compliance with standard guidelines designated for production, imports, and exports.

The laws would also lead to the establishment of a Food Authority that will carry out appropriate investigation into the production and quality of food items while a National Standards Authority will regulate, monitor and control production infrastructure to ensure compliance.

When the necessary infrastructure is put into place, Liberian products would be rated at world class standards, thus allowing local producers to more easily export to the global market.

Unless that is achieved, local producers will continue to market their products locally or export under the brands of other internationally recognized organizations.

Establishing these frameworks would also alleviate the challenges and frustrations local producers face when attempting to access the global market.

Last year, local farmers lost an opportunity to have their produce sold in European markets. Jean Louis Gruter, the manager of French-based VS Compagnie â€“ a major supplier of vegetables in the European markets- visited Liberia under the invitation of the Liberia Agribusiness Development Activities, known as LADA, with the aim of purchasing from local farmers. The SN Brussels airline had even promised to provide a discount on the transportation of Liberian produce to Europe. However, Gruter was disappointed as the Liberia produce apparently did not meet European standards.

Technical consultants hired through the USAID-funded LADA to assess the countryâ€™s food industry to identify gaps, determine a way forward, and provide recommendations revealed that food safety programs in the country were either non-existent or completely ineffective.

LADAâ€™s Chief of Party Daniel Gies added that passing the two legislations would be a milestone in the countryâ€™s efforts to meet international standards and regulations.

â€œLiberia will comply with the regional and international trade scheme which provides that before goods are exported, they should be tested and certified to ensure that they are safe for consumption. This will also include the private sector,â€ Gies said.

For his part, the deputy director general for technical services at the National Public Health Institute of Liberia, Mosaka Fallah, said he feared that implementing the laws would be a challenge.

Fallah said that while policies are easily crafted in Liberia, implementing them can be very ineffective.

He encouraged stakeholders to remain committed to making the policies a working reality, as doing so would help improve the health of citizens. According to LADAâ€™s representative within the technical working group, Julius Saye Keh-nel, the initiative to improve food safety standards is a top agenda for both LADA and the government as they seek to identify opportunities to reduce imports, increase exports, and improve food safety.

He said a highly-publicized rejection by the United States Food and Drug Administration of a shipment of processed Liberian fish, judged to â€œconsist in whole or in part of a filthy, putrid, or decomposed substance and is unfit for foodâ€ had put food safety in the spotlight.

â€œTo prevent these types of incidents and to support higher-quality agro-processing, USAID/LADA will work closely with the Government of Liberia authorities and the private sector to improve food safety in Liberia,â€ he noted.