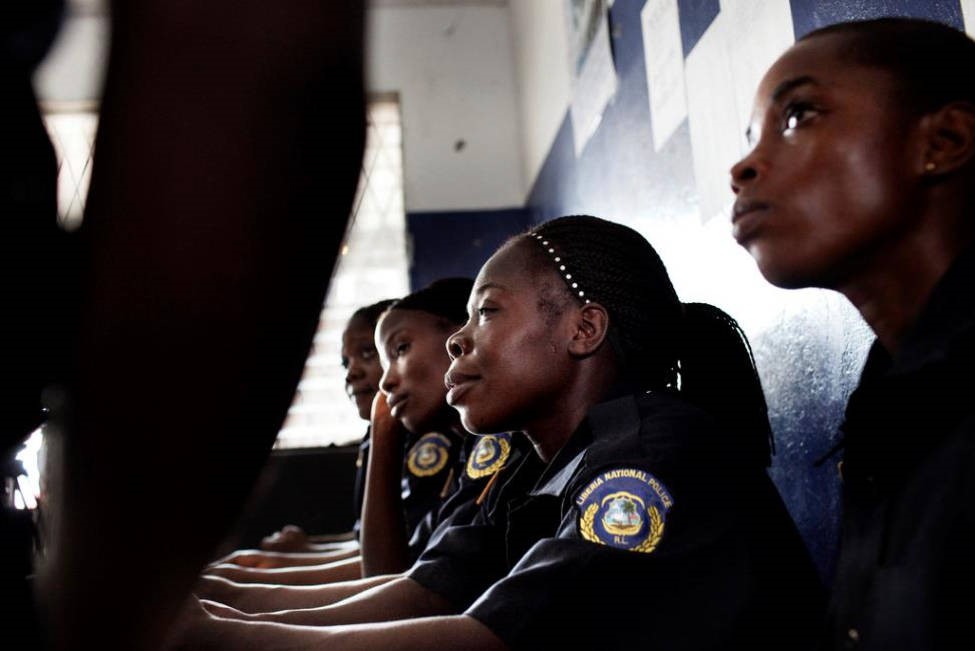 MONROVIA, Monrovia â€“ A draft report of a survey jointly conducted by U.N. Women, civil society organizations, and the Ministry of Justice indicates a wide gender disparity among officers within the Liberia National Police.

The survey shows that from a total of 5,034 police officers, only 951 are women, constituting 19 percent of the total police force. It revealed the limitation of staff in their grasp of gender mainstreaming in practice.

Eight individuals, representing the stakeholders, conducted the survey of 137 respondents.

The report indicates that most of the training delivered to officers were at the elementary level and not usually tailored to the areas of work staff were involved with. Only a few officers had opportunities to access in-depth training on gender mainstreaming, such as gender analysis, planning, and evaluation.

Meanwhile, the survey stressed the insufficient capacity of the police with regards to gender specialists and adequate trainers who are important catalysts for such knowledge transfer.

The Liberia National Police was the first security institution to formulate a gender policy in 2004. The Women and Children Protection section, a special investigative unit which focuses on gender-based violence and cases of violence against women and children, was also set up in 2005, while the Gender Affairs Section was established in 2008.

Regarding information and knowledge management in the police, 47 percent of women and 35 percent of men think that the current arrangements are inadequate to allow the free flow and exchange of information and experiences on gender issues within and between departments and field structures.

The information contained in the report also notes that the police have trained more than 4,800 officers in modern policing methods and over 1,000 of them have received specialized training both locally and internationally, ranging from certificates to post-gradual degrees.

On staff perception of achievement of gender equality, eight percent of women and 18 percent of men expressed in the survey that their sections do enough to discourage expressions of gender inequality in the organization. Despite having a gender policy, the respondents expressed that there are no effective accountability mechanisms in place to make implementation of the policy visible.

The survey report, however, recommends that the police must improve workplace protection, especially on sexual harassment. It called for the minimum quota of at least 30 percent female employment in the force, while the police must at also design and implement programs to increase the number of women at all levels, including key decision making positions and recruit women in areas where they are underrepresented.

The report stresses that the police must also improve on its communication strategies to promote gender equality and the value of womenâ€™s participation and leadership. It must also improve mainstreaming gender at all levels of training and capacity building in order to close the existing gender gap, in addition to focusing more on addressing institutional weaknesses of the low capacity of officers on gender issues and to prioritize empowerment program for women officers and capacity building for gender specialists and gender trainers.

Speaking during the validation of the report on Monday, January 15, U.N. Womenâ€™s country director, Marie-Goreth Nizigama, encouraged participants to review the document and provide concrete inputs that reflect the situation of the police.

â€œLet me emphasize here that this document does not belong to U.N. Women, rather the LNP; therefore, I urge the senior leadership to take full ownership and ensure the implementation of the findings contained therein,â€ Nizigama said.

â€œOne of the eye-catching findings of this audit is the fact that only 19 percent of the entire LNP officers are females. While I recognize the challenges, I would like to appeal to this senior leadership of the LNP to identify strategies that would boost the number of females joining the force. I am happy that the draft report proposes recommendations that will help boost femalesâ€™ enlistment into the force.â€

She then assured U.N. Womenâ€™s continuous support, while announcing that the organization has completed the development of a program that will enhance the capacity of the Women and Children Protection section of the police to track, document, and report accurate statistics on sexual and gender-based crimes.

According to her, the software has since been launched and U.N. Women trained data officers and equipped their offices with computers, desks, and chairs to help the police respond to the security needs of women, men, and children.

Maude Somah, the head of the Gender and Security Sector Network taskforce, also called on the police to take ownership of the survey report and implement its recommendations.

â€œEverything in this document are statements made by officers of the LNP. We have nothing in it,â€ Somah stressed.

Speaking on behalf of the police, the deputy commissioner for administration, Saymor Mulbah, said the police accepts that every finding reported in the draft survey report were facts. Mulbah confirmed that there exists a capacity challenge for women in the force, but promised that the administration is working to address the issue.

â€œTo allow females to compete with their male counterparts, their capacity must be built,â€ he stressed.

â€œGender is everybodyâ€™s business and must be addressed. Thanks to U.N. Women for this support and we promise to fully implement whatever findings and recommendations in it. We are fully accepting critiques to help improve our service to the people and we will use this document to improve the gender balance in the LNP.â€

The head of the Women and Children Protection Section, Susie Telleh, also told reporters that it was challenging to be one of the few women in a male-dominated field, but she said women in the force were taking up the challenge to build their capacities and compete with their male counterparts.

Telleh has spent at least 14 years in the police force. She said the perception that women cannot be compared to men only works in a society where women are less capacitated than men.

â€œWe, women, belong to the front seat and not at the back seat, as society has placed us,â€ she noted.