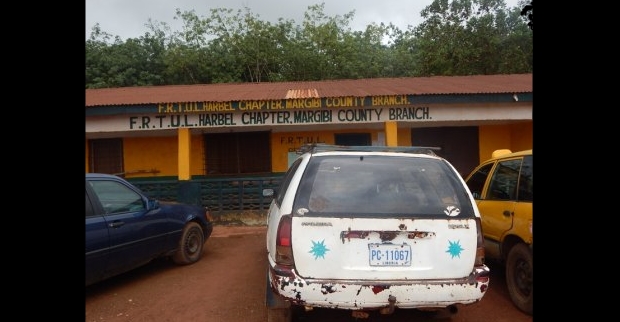 KAKATA, Margibi â€“ The Margibi Chapter of the Federation of Road Transport Union of Liberia has elected a new corps of leader. The election took place on Saturday, June 2 at separate polling centers in Harbel and Kakata.

In Saturdayâ€™s polls, Fedesco Hassanin won as president with 60 votes while the loser Joseph Kpayngbah acquired 20 of the total votes. He will now succeed Kullie Jallah, who has served the position for the last two years.

Kpayngbah has conceded defeat and congratulated his rival for the victory. He promised to support the new leadership and contribute his ideas to ensure progress within the union.

In his acceptance remarks, Hassanin hailed the membership of FRTUL for entrusting him with their leadership. He said their decision to overwhelmingly vote for him was an indication of their confidence in his ability to lead. He promised to transform the union into a better state during his administration.

â€œThe way we intend to transform the union is by getting all stakeholders to meet and identify what the problems are and we will all find the solutions together,â€ HassaninÂ said.

The head of the ad-hoc election commission, Debah Dorleh, has praised members of various camps for their cooperation and commitment to peace during the electoral period. He said the inauguration date for officials-elect is expected to be announced shortly.

John Tambah, a member of the union, told The Bush Chicken that he expects a lot more achievements from the new leadership.

â€œI expect more from this leadership because I have the belief that the president-elect is very hard working,â€ he said.

According to Tambah, Fedesco has been a member of the past administration and his works have proven his ability and commitment to lead.

â€œFor me, I think this leadership will try,â€ Mohammed Kamara, another member said.

He said he was hopeful that the new leadership will improve on better regulating parking stations than it has been.

At the Harbel parking terminal, Bendu Jallah, a commuter, called upon the leadership to work beyond just being an umbrella group for drivers. She said the union must be able to dispatch rescue vehicles for passengers if there are mechanical breakdowns.

â€œI think the union must be responsible to send a rescue cab or ensure a refund of transportation fares paid by passengers,â€ she said.

Nancy Hills, a business woman also called upon the leadership to only register professional drivers that have clean criminal records. She said most times, when goods are mistakenly left in vehicles, drivers will not trace the owners or return them to the parking station.

â€œI can remember, I forgot a bag of slippers I bought from Monrovia to bring to Harbel to sell and the driver did not return it,â€ she said.

According to her, there are more businessmen and women that have complained about similar behaviors from drivers.

Fedesco has promised his leadership will meet to find amicable solutions to all of these challenges.

FRTUL is an umbrella organization representing commercial drivers in Liberia. In Margibi, the group has a membership of over 100 drivers. It is concerned mainly with regulating the daily activities of drivers including training and keeping them unified.