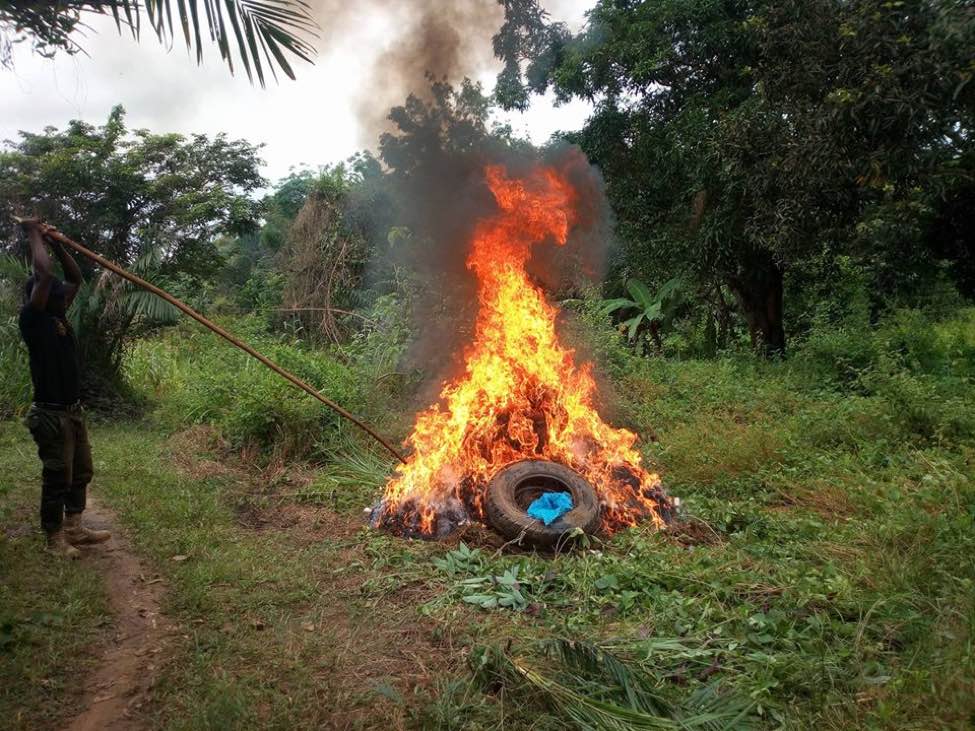 â€œThe total is about 229 kilograms, and these substances were retrieved from the various checkpoints in the county, including some communities in Gbarnga,â€ Borbor told The Bush Chicken.

Borbor is seeking logistical support from the government and citizensâ€™ collaboration in the fight against drugs and crimes in Bong. He said at present, there is a single vehicle being used by the agency in the entire county.

â€œOur main challenge in this county is logistics; most of these places where the drugs trade is being carried out are inaccessible. Only motorcycles can reach to some of these places,â€ Borbor said.

He called on Bongâ€™s residents to report drug traders and manufacturers in their communities to the LDEA, as a means of helping the agency make the county drug free.

Bongâ€™s county inspector, Victor Wesseh, who represented the local county leadership at the burning exercise on Tuesday, praised the LDEA for the arrests and the confiscation of the harmful substances. Wesseh said the government has a greater part to play to minimize, if not stop, the proliferation of drugs in Liberia.

â€œAs leaders of Bong County, we remain committed, and we will work with the Joint Security of our county to fight drug trade and abuse here,â€ Wesseh said.

Meanwhile, Borbor has named several towns in Bongâ€™s first electoral district as â€œtowns where marijuana is mostly grown by locals.â€ The towns are Palala, Duta, Zabay and Galai.

This is not the first time for the LDEA to set ablaze drugs in Bong; the agency has in the past periodically burnt narcotic substances it seized from drug traffickers and users.