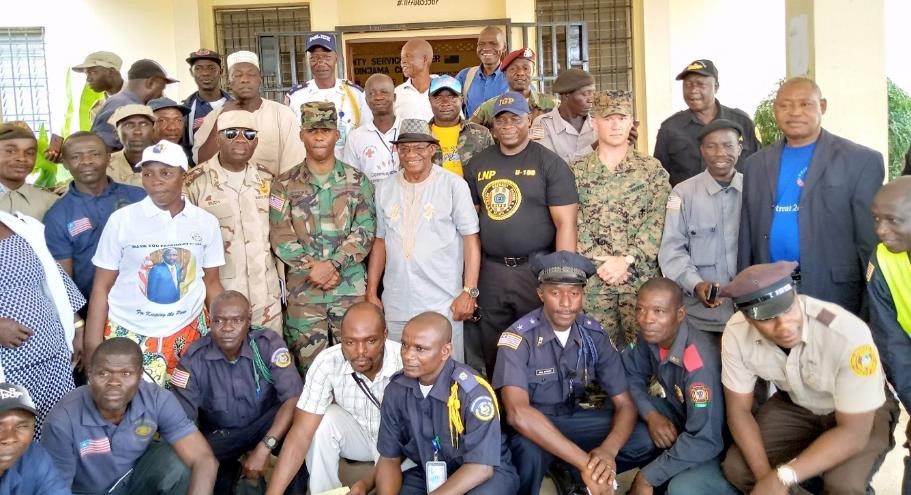 VOINJAMA, Lofa â€“ Superintendent William Kamba of Lofa has requested that Inspector General Patrick Sudue of the Liberia National Police construct a police depot between Konia and Zorzor, as a means of mitigating violence and local disputes in the area.

Konia is located 25 km away from Zorzor, with several nearby towns and villages whose inhabitants continue to grow rapidly, making the area a major population cluster.

Speaking during a stakeholder meeting with high ranking security personnel, including the Armed Forces of Liberiaâ€™s chief of staff, Â Maj. Gen. Prince C. Johnson III, and the Liberia Immigration Serviceâ€™s Commissioner Robert Budy, who arrived in the county on Wednesday, March Â 11, Supt. Kamba said his request for a depot was based on the numerous recent cases of mob justice between Konia and Zorzor.

“We cannot sit and allow some areas in our county to become full of insecurity and inhabitants there live in fear. On this note, we are kindly appealing to the IG of the police to see reason and construct a police depot between Konia and Zorzor cities,” Kamba added.

“If this request is taken into serious consideration, crime and violence in the area will be reduced or will be properly handled in accordance with the law. Also, the initiative should be extended to Vahun District so that people in that area can also feel safe.”

Responding to Kamba, Sudue said the police would take note of the request, as it was a sensible measure in guaranteeing security in the county.

“Making this hour-long visit to Voinjama City, I will say that this is something that we will open a dialogue about because it also relates to challenges facing the police. If there are amicable ways forward in maintaining peace and stability, we in the police will support it,” Sudue said.

“I came to see how my police officers are doing and coping with activities in the county and to make some suggestions [on] how to work closely with the people’s safety and joy.”

For his part, Maj. Gen. Johnson stressed the fact that security remains cardinal to national stability and social harmony in Liberia, especially in the aftermath of civil war. He said he chose to join his colleagues in visiting the county to assess for himself the security activities of his soldiers, and see what they are undergoing in the county.

“I think the assembly that welcomed us and the roundtable discussion with local stakeholders have given a clear picture of how collaborative the security forces are in the county. As such, we must continue to work as a team and keep eyes on our borders,” Johnson said.

“We have a great task. It is to continue protecting our borders especially at this end with Guinea.”

The welcoming ceremony of the top-ranking security officials brought together representatives of all security agencies present in the county, including the Liberia Drug Enforcement Agency and the Liberia National Fire Service.

The stakeholder meeting was held at the countyâ€™s administrative building and ended with an indoor security gathering at the military barracks in Voinjama.

2 hours ago by Jerry Myers

5 mins ago by Ida Reeves