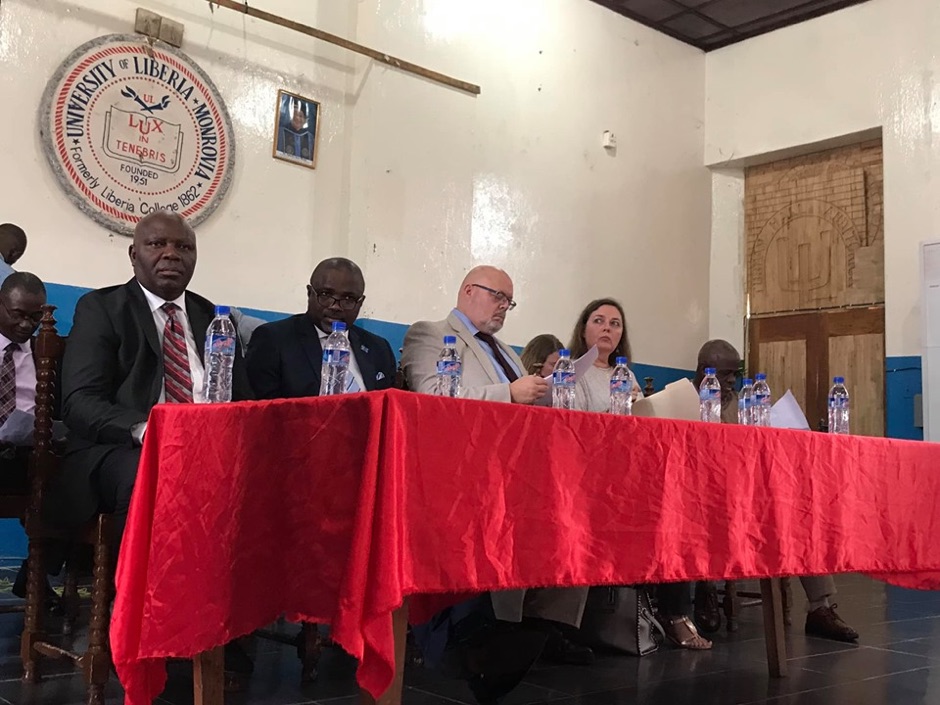 Cave said in 2005, Liberia had acceded to the Second Optional Protocol to the International Covenant on Civil and Political Rights, which required Liberia to amend its laws to eliminate the death penalty. However, she said in 2008, Liberia reintroduced the death penalty for certain crimes.

She made the statement while speaking at the official program marking World Day Against Death Penalty on Oct. 29 at the University of Liberiaâ€™s Capitol Hill campus.

Cave said the E.U., one of Liberiaâ€™s biggest donor partners, considers capital punishment to be a cruel and inhuman punishment that fails to deter criminal behavior. Additionally, she said because all legal systems carry the risk of a â€œmiscarriage of justice,â€ having capital punishment makes such mistakes â€œirreversible.â€

She added that, besides being a core principle within the E.U.,Â there is a trend among African countries to abolish the death penalty.

Cave noted that children are often the unseen victims of the death penalty when their parents are sentenced to death or executed. She said this leaves them with a heavy emotional and psychological burden that can amount to a violation of their human rights.

â€œStigma and the loss of a parent at the hands of a state may reinforce deep instability in the life of a child,â€ she noted. â€œBecause of this and many other reasons, the abolition of the death penalty worldwide is one of the main priorities of the E.U.â€™s human rights policy.â€

The International Day Against Death Penalty program was organized by the Independent National Commission on Human Rights with support from the U.N. Office of the High Commissioner for Human Rights.

In attendance were the ambassadors of Sweden, the United Kingdom, and representatives of the Ministry of Gender, the Liberian National Bar Association, the African Bar Association,Â and youth groups.

According to the Cornell Center on the Death Penalty Worldwide, although the death penalty is still legal in Liberia, there have been no known executions since 2000. The group noted that Liberia reported in 2015 to the U.N. Human Rights Council that there were nine people on death row, although it said a coalition of NGOs working on death penalty issues disputed the figure, claiming that there were 16 persons sentenced to death at the time. The Cornell Center said since 2015, an additional five death sentences were recorded in 2016, with no new ones in 2017 and 2018.