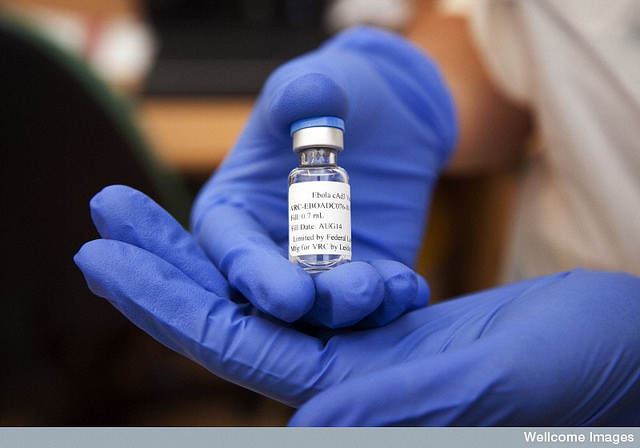 UNIFICATION CITY, Margibi â€“ Residents of Ebola-affected communities in Lower Margibi have welcomed the announcement of a new protective vaccine.

The development of the vaccine, which gives 100 percent protection against the Ebola virus, comes as a relief to residents weary of the calamity the disease brought over the West African region.

â€œThis is good news, not just for our community or Liberia, but the entire sub-region,â€ said Josephine Manley, an Ebola survivor in Lower Margibi.

She said with the number of lives lost to Ebola, it could be unimaginable to calculate the impact of another outbreak if there is no protective measure.

â€œWe lost so many of our loved ones to [Ebola] because, first, of the lack of sufficient knowledge and then technical knowledge and innovation,â€ she said. â€œNow that we are knowledgeable to the virus to certain extent, the new vaccine, if approved, would totally relief us of our fear for destruction and loss of lives.

Fred Johnson, who served as local chief for Dolo Town during the outbreak in 2014 when the town was quarantined during a national state of emergency, described the report of the new vaccine as â€œa dream come true.â€

He praised the World Health Organization and partners for the studies and encouraged Liberian health authorities to consider the vaccine in resilience plans.

Although authorities of the Ministry of Health have not officially commented on the rVSV-ZEBOV vaccine, the vaccineâ€™s effect was tested in preventing Ebola virus disease in contacts of contacts of recently confirmed cases in Guinea.

The research was funded by several organizations including the World Health Organization and MÃ©decins Sans FrontiÃ¨res.

The New York Times reported last week that the vaccine had not yet been approved by any regulatory authority, but it is considered so effective that an emergency stockpile of 300,000 doses has already been created for use, should an outbreak flare up again.

â€œWhile these compelling results come too late for those who lost their lives during West Africaâ€™s Ebola epidemic, they show that when the next outbreak hits, we will not be defenseless,â€ Kieney said.