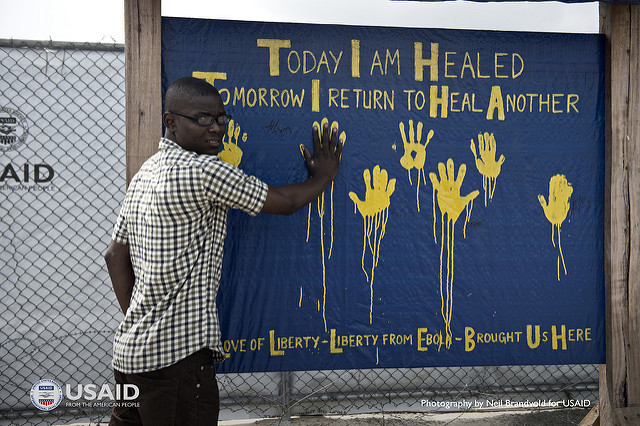 MONROVIA, Montserrado â€“ The Ebola Survivor Network of Liberia will hold a fundraising rally for Ebola orphans and child survivors today at noon at the University of Liberiaâ€™s main campus.

According to Program Director Josephine Karwah, the event is intended to raise US$100,000 to help send Ebola survivors to school. She said the network targets to send 1,000 Ebola-affected dropouts back to school this year.

Karwah said the event follows a survey conducted by the network across the country which shows that at least 1,000 Ebola child-survivors who lost either one or both parentsÂ are out of school because of no financial assistance.

She said the political leader of the Movement for Economic Empowerment and former Executive Governor of the Central Bank of Liberia, Mills Jones, will launch the event. She also named Liberiaâ€™s Cultural Ambassador and founder of Crusaders for Peace, Julie Endee, as a co-launcher.

She told The Bush Chicken in an interview that as a result of the Ebola virus, many children lost their parents or guardians. â€œMost of these children are in communities vulnerable, some with relatives while few of them are in orphanages,â€ Karwah said. Across the country, she said, Montserrado, Lofa, and Margibi recorded the highest numbers of Ebola orphans. According to Karwah, UNICEF earlier provided a one-year cash stipend for educational support of the orphans and child survivors, but the sponsorship ended in 2015.

She called on philanthropists and organizations to support the education of survivors by making cash or material donations during the fundraiser.

â€œIf you donâ€™t have cash, you can bless a kid with a copybook, a t-shirt, sharpener, book bag, and a pair of slippers,â€ she said.

For his part, a member of the event planning committee, Obadiah Sumo, said the committee has written to several organizations including government agencies, as well as individuals to encourage them to participate in the event. He said the orphans would become a future menace to society if they are not given the opportunity to continue their formal education.

Sumo said although the school calendar has nearly reached the climax of its first period, it is not late to get the orphans enrolled into the semester. â€œWe are praying the administrations of the schools we are eyeing for these kids would accept them,â€ he said.

According to the Ebola Survivor Network, at least 5,000 Ebola-affected individuals survived from the virus. Since the end of the outbreak, Karwah said the network has received minimum basic support from the government of Liberia, especially through the Ministry of Gender, Children and Social Protection.

She also praised the Partnership for Research on Ebola Virus in Liberia, known as PREVAIL. The Liberia-US joint clinical research partnership is providing free medical and healthcare services for Ebola survivors in the country.