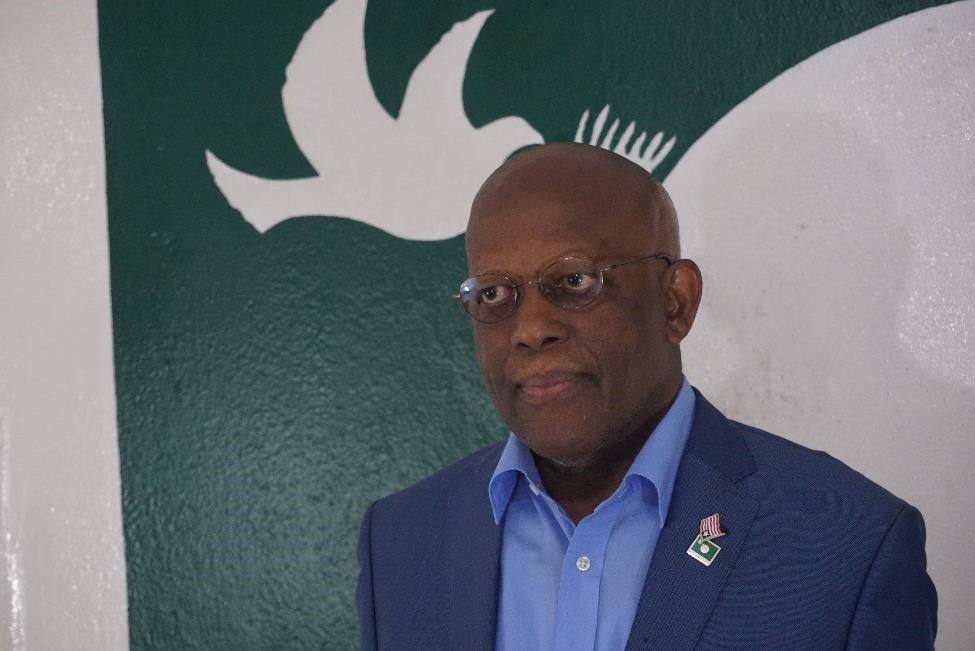 After the Supreme Court ruled in his favor, directing the National Elections Commission to halt all preparations for the runoff until Liberty Partyâ€™s complaints are addressed, Charles Brumskine gave a speech at his party’s headquarters where he reiterated his reason for pursuing the case.

â€œMy fellow Liberians, the course we pursue is not about Charles Walker Brumskine, it is not about Liberty Party,â€ he told his supporters. â€œIt is greater than all of us; it is about our country, which includes every Liberian, even those who are now opposing our every move.â€

But Brumskine is no Tiawan Gongloe, a celebrated human rights lawyer who has a record of repeatedly taking up cases for the ordinary Liberian for no other reasons than ensuring human decency.

While itâ€™s not exactly clear what his motives are, a day later, Brumksineâ€™s intentions were revealing themselves to have selfish purposes. He was seen with leaders of the Unity Party, the All Liberian Party, and the Alternative National Congress, in what can only be described as a sort of angling for relevance. The court battle appears to be a strategy meant to allow the four parties time to reorganize and plan a better strategy to outwit George Weahâ€™s Coalition for Democratic Change and its allies.

But while Brumskineâ€™s quixotic campaign against fraud is ultimately nothing more than a self-seeking quest, that pursuit is revealing Liberia to be a much stronger democracy than we imagined.

To be clear, it is certainly within the Liberty Party leaderâ€™s right to have his complaint heard. No matter how selfish it seems on his part, he deserves to be heard. But, is it worth it, given the relatively fragile state of our democracy and the low levels of critical thinking that the general populace possesses?

After all, Brumskine is well aware of his standing electorally. He placed third, fourth, and third in the first rounds of the 2005, 2011, and 2017 elections, respectively. Furthermore, he has often struggled to appeal to voters outside of his narrow base in Grand Bassa and nearby regions. Can this be anything other than an attempt to stay relevant? What should have been a historic moment is now all about a mid-list candidate seeking to remain in the spotlight just a little bit longer.

Many of those who are calling for Brumskine to drop his case are not doing so because they think he shouldnâ€™t have the right to do so. Rather, it is in recognition of his slim chance of winning, combined with the risk of igniting the ire of unsophisticated members of the electorate.

Brumskine himself seems to understand this, as he demonstrates in his celebratory speech: â€œBut understandably, most Liberians are apprehensive, because change in our country has become synonymous to suffering, destruction, and death, leaving the average Liberian worse off than he or she was before the purported change started.â€

However, after the Supreme Court ruling putting the runoff election on hold, nothing happened. Markets and businesses were still open, and Liberians moved around unimpeded by any distractions.

Brumskineâ€™s efforts are teaching us that we do have it in us to weather an event like this â€“ that Liberians are much more democratic and adherent to the rule of law than we previously believed.

President Ellen Johnson Sirleaf, in her address to the nation after the Supreme Court decision, commended the people of Liberia â€” 73 percent of whom voted in the original election â€” for their patience and peaceful demeanor during this time of uncertainty. Noting that Liberia’s democratic institutions and laws are strong and do include the right to challenge, the president called on politicians to do better, to continue their adherence to the established and orderly provisions outlined in the law.

“Historians will look back at this time and judge us by how we conduct ourselves at this critical moment in time,” she said. “We cannot fail them. We cannot damage our future.”

Along the way, we are all learning about how our fragile democracy works. Think of all the Liberians listening by their radios to the analyses of the Supreme Court decision. Thatâ€™s the civic education weâ€™ve been clamoring to have in our classrooms thatâ€™s being brought to life.

The process is teaching us what our constitution has provisions for and where the gaps are. For example, itâ€™s becoming clear that the time between election day and inauguration day is too short.

If Liberty Partyâ€™s claims result in a re-run of the first round, we will certainly witness a case where President Sirleaf will have to turn over power to a head of state who will be in power for less than six months.

For now, at least according to a few legal minds, the country will not need to constitute a transitional government. Rather, the constitution provides for a list of successors:

However, there are still questions that need answers. For example, if we have the senate pro tempore take over, how long after the final results of the elections are announced until he relinquishes power? Does the new president just proceed with a truncated term or will there be some sort of extension given? These are many questions and considerations we donâ€™t always have about our constitution, and itâ€™s important to have this conversation.

So, yes, in a way, Brumskineâ€™s quest is making Liberia better. The challenging parties are adhering to the provisions provided by the law, and a potentially volatile electorate is showing restraint and learning the finer points of democracy. President Sirleaf says Liberiaâ€™s democratic institutions are strong and able to withstand challenges, but that democracy is only as strong as its weakest link.

While the foundation of democracy is in place and appears to be holding up, Brumskine’s quest is a gamble that did not need to be taken at this time.

Sharing
Tags Charles Brumskine
Contributions to The Bush Chicken are not tax deductible.