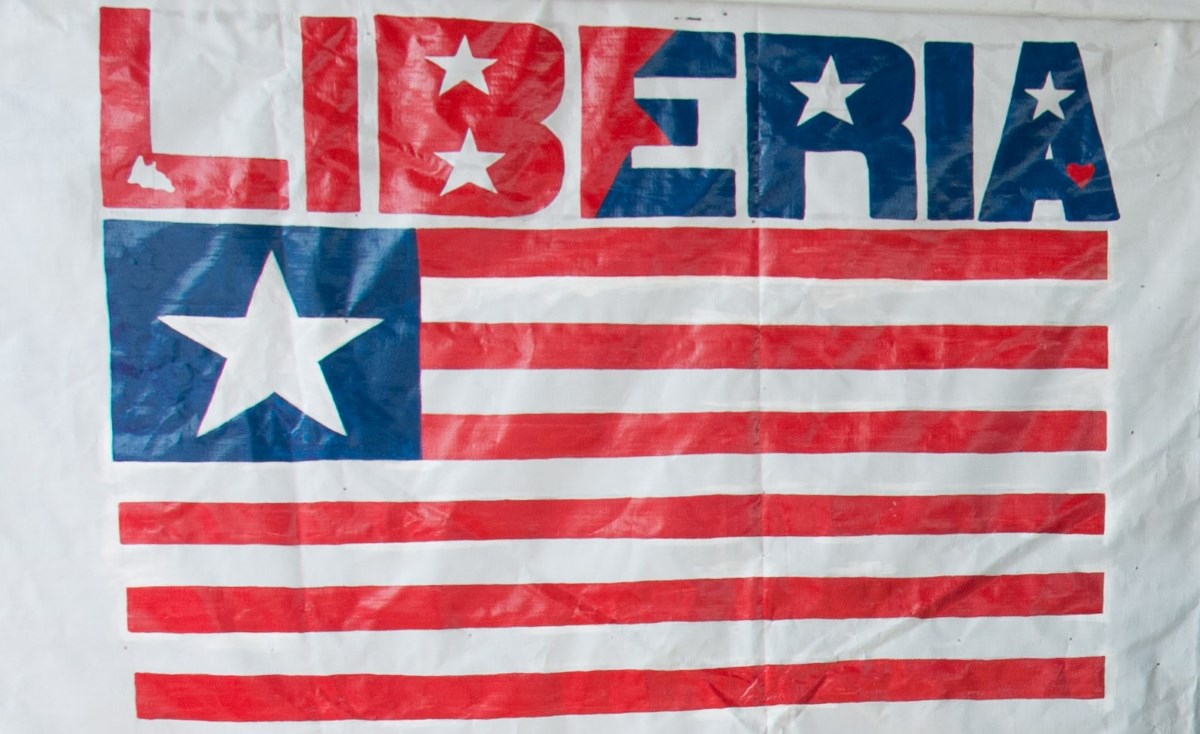 â€œAustrian Businessman Donates Office Equipment to Ministry of Foreign Affairs,â€ a recent Front Page Africa headline read. The featured photo showed Foreign Minister Marjon Kamara flanked by what is assumed to be two Austrians along with seven other employees.

While the total value of the donation was not stated, the cost of the laptop and scanner could not have exceeded US$3,000, although it was likely much less. Nevermind that ordinary Liberians make contributions (especially in the health and education sector) exceeding Manuel Tschornâ€™s level on a regular basis, and they donâ€™t get recognized at the ministerial level.

In fact, Gus Kormah, a Liberian residing in the U.S., recently directed a team of medical professionals to Liberia. They brought over 200 suitcases of drugs along with them and treated over 500 patients a day for the time they were in the country. Earlier this year, another diaspora group donated US$30,000 worth of supplies to the River Cess Community Clinic. Local-based Liberians also make countless donations like these that are worth significantly more than the donation made by this Austrian man.

But they seldom receive the level of attention that he was given, and this was not an isolated incident. This stunt represents the latest effort by current and former government officials to cheapen the brand of Liberia, unintendedly or willingly.

After over a decade of civil war that saw Liberia associated with images of war and destruction, sprinkled with rampant cannibalism, Liberia had to deal with being linked with the Ebola scourge. Along the way, our country has consistently ranked in the bottom of all sorts of lists â€“ for education, poverty, maternal mortality, you name it. It is therefore incredibly important that the Liberian government and its current and former employees be cognizant of the need to build Brand Liberia as something that has dignity. After all, this impacts how Liberians think of themselves and of their capacity to achieve.

Sure, thereâ€™s no problem with accepting a scanner and a laptop from someone, but optics matter. Was it necessary for the minister to be present at this event? Did she not have anything better to do than to give her time to attend an event of little significance? Must the story be circulated in newspapers, suggesting that Liberia lacks the money to procure such equipment?

Understandably, many Liberians commenting on the story recognized the act as cheapening the countryâ€™s image. Most emblematic of this outrage was a comment from reader Joe Luamba, Jr.:

This “government” can buy brand new cars for any year running; that is, current model of any brand. This “governmentâ€™sâ€ officials travel on tickets for air travel that are reserved for the well-to-do people of this world. This “government” pays her few top up officials so well that everyone feels like working for government to get rich faster. Now, this same “government” CANNOT afford anything to pay for the preservation of its documents?! As government officials, you begged a mere businessman to buy a whole Foreign Ministry a scanner and a laptop. With no sense of shame, you called the whole world and celebrate the receipt of your “gifts”. Don’t you have something called ‘pride’?

Liberians should have also had this same level of embarrassment when Liberiaâ€™s former chief justice, Gloria Musu Scott, proudly beamed on news pages after she went to Harvard to obtain an LL.M. (Master of Laws) degree.

The Harvard Law Today article read, â€œGloria Scott LL.M. â€™17, who is from Liberia, served as chief justice of her countryâ€™s Supreme Court from 1997 to 2003. She has also been a practicing lawyer, a senator, and most recently, the chair of Liberiaâ€™s Constitutional Review Committee. But for the past year, she has been eager to be a student again.â€

However, unlike the feelings of dismay, disappointment, and disgrace that Liberians had in response to the story of the Austrian businessman donating the equipment, many Liberians applauded and celebrated Scott.

But the same accusation of cheapening Brand Liberia applies here. While the pursuit of education should always be applauded, what would our responses be if the former chief justice of the United States or any other Western country were to enroll at Harvard?

It would undoubtedly appear to be a joke. Having ascended to the highest legal office in Liberia, Scott should have been angling for a visiting legal scholar role. She should be qualified in her own right for law students to be clamoring to learn from her.

But she chose to be a student, presenting an image that discounts the stature of her accomplishments and the Supreme Court itself. It implies that her previous education and experience were lacking, which, of course, reflects right back on the Supreme Court and Brand Liberia. Again, itâ€™s all about optics.

Itâ€™s not just individual ministers or chief justices who have shown a lack of confidence in Liberia, its institutions, or its people. Every year, countless Liberian-owned businesses complain about the lack of support for local companies participating in the governmentâ€™s project bidding process. Though itâ€™s not stated outright, thereâ€™s a sense that locals need not apply.

The financial criteria specified in these requirements heavily favor foreign businesses as theyâ€™re perceived as having the requisite funds for initial negotiation, which officials seek for kickbacks. In addition, requests for proposals frequently specify funding in US dollars, placing a further burden on Liberian companies who would expect to conduct business with the Liberian government in Liberian dollars.

When the government favors foreign companies over local ones, that projects a lack of confidence in Liberian-owned businesses. It also feeds into this perpetually negative narrative, giving it even more credibility, since the government itself is telling the story.

Brand Liberia has been brought down at the expense of pursuing personal goals or just willful ignorance of public relations fundamentals. All current and former government top officials need to understand the importance of building confidence in our brand. Not only does Liberiaâ€™s brand affect how other countries view the nation, it affects how Liberians view themselves. Government officials are in a position to set the tone and present a brand that can either build us up or bring us down. Â