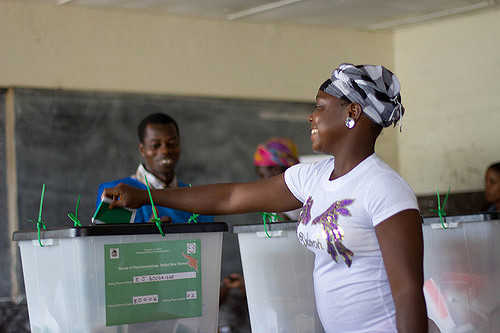 At least since the 2005 and 2011 elections, Liberian newspapers have been running editorials and op-eds claiming that we have way too many political parties.

Now, even lawmakers are getting fed up with the perceived explosion in the number of parties that they have started debating limiting the number to four parties, with the goal of promoting national unity.

The usual argument, according to an op-ed appearing in The Insight newspaper, is essentially that Liberians are too uneducated and illiterate to select from the many parties.

But how true is this? Are Liberians really looking at all 22 parties and deciding who to vote for? Are they then feeling overwhelmed by the choices? Is this how people make a selection for their political representatives?

For Liberia, that means voters are not evaluating each and every candidate to decide which ones are the best. They likely are examining a couple whoÂ have stood out, based on positive or even negative experiences. Therefore, the argument that the choices are overwhelming for voters does not stand up to scrutiny.

But the question remains: is 22 really a high number of political parties?

It is likely that pundits do not really have a problem with the number of political parties. Rather, they are concerned that political parties are too strongly built around personalities and are not democratic. This means that political aspirants often form parties and appoint themselves as standard-bearers without building the base of the party and conducting a competitive primary election.

Because of this, we often see each party as representative of a particular politician. For example, Liberty Party is the party of Charles Brumskine, the All Liberian Party belongs to Benoni Urey, and the Congress for Democratic Change is the party of George Weah. Barring any special circumstances, it is almost impossible to imagine anyone other than these individuals as the standard bearers. Others within the party do not have a fair chance at the standard bearer position.

Liberiaâ€™s constitution does require that parties ensure that they hold â€œdemocraticâ€ elections for officers, including standard bearers:

The constitution and rules of the political party shall conform to the provisions of this Constitution, provide for the democratic elections of officers and/or governing body at least once every six yearsâ€¦

From the constitutional text, it is not clear what the legal definition of democratic is. However, parties like CDC, ANC, ALP, and Liberty Party do not seem to make a strong enough effort to have a fair process for selecting a standard bearer. From the very beginning, party officials parade their choices for standard bearer around under the dubious title of â€œpolitical leader,â€ never mind that their party constitutions never mention any such title.

Perhaps what senators and political pundits should really be doing is providing oversight and constructive criticism, respectively, to encourage the National Elections Commission to regulate political parties to ensure that they build institutions which are not focused on personalities.