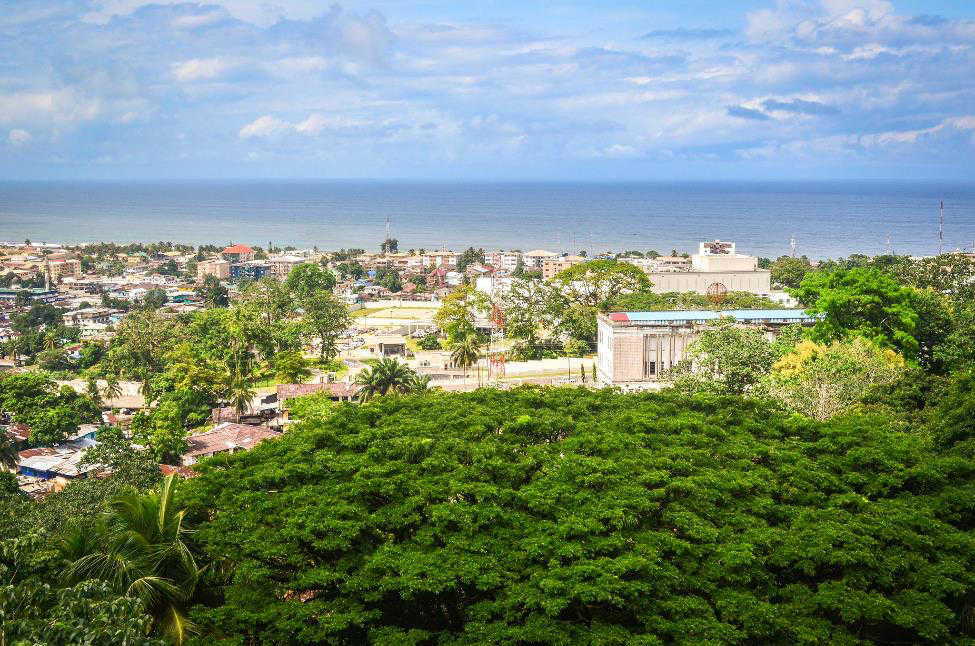 President George Manneh Weah announced a plan for a new city last Monday, one that would be anchored by a new conference center sponsored by the Indian government that would be named after Indian national hero, Mahatma Gandhi.

The new city would be anchored on Bali Island, near the Gabriel Tucker Bridge. The press release said the president dreams of seeing â€œskyscrapers, office buildings, shopping malls, banks, insurance companies, nightclubs, beautiful lights and magnificent colors on the island.â€

However, while it might be flashier and temporarily more politically attractive to propose building a new city, those resources would be better directed towards improving existing infrastructure, through investment, new policies to influence behavior and enforcement of existing rules.

With strong and well thought out policies, President Weahâ€™s dream for a vibrant Monrovia can be achieved much more quickly and more cheaply than his plans to start anew and build on mangrove swamps.

Of course, politicians are often drawn to brand new projects that draw the mediaâ€™s attention. As an example, the president is pushing to build the countryâ€™s first military hospital even though our military comprises of only 2,000 personnel. Heâ€™s doing this even though it would most certainly be cheaper to channel those funds into improving existing medical facilities and the healthcare system. In choosing this route, he gets to indulge in numerous photo opportunities and brand the project as his own â€“ heâ€™s already named it after the jersey number he wore when he played for the national team.

Just as we donâ€™t need a military hospital, we donâ€™t need a new capital city. There are many aspects of the existing Monrovia that can be improved to ensure that the shiny city of the presidentâ€™s dreams emerges. However, it will take the implementation of thoughtful policies to target areas like sanitation, transportation, and beautification. While the president and his newly appointed mayor, Jefferson Koijee, engaged in a public relations event not long ago to rebrand Mary Brohâ€™s monthly cleanup campaign as the â€œWeah for Clean City Campaign,â€ that act was only surface level and we havenâ€™t seen any robust action to ensure that the city is kept clean in a more sustainable way.

Monrovia is a city where citizens regularly burn piles of trash on the streets. Every evening, the air in the city is polluted with the stench of burnt plastic and other hazardous materials. Our streets are littered with used plastic sachets and along most stretches of the city, you can walk for several blocks without seeing a single trash can. Of course, for that reason, and the lack of any strong public campaign on the issue (or penalties for that matter), citizens frequently just dispose of trash in the streets.

For some reason, no one seems to think that door-to-door trash collection is something we should be doing. We expect people in homes to walk 5-10 minutes to find the nearest garbage disposal bin in which to dump their trash. Even if someone wanted to have regular trash collection service at their home, itâ€™s unlikely that the service will be available.

The city of Monrovia rarely studies its traffic patterns. There are few alternative routes across the city, and the morning and afternoon gridlock along stretches of the main roads leading to the cityâ€™s center is reflective of that. Our broken traffic signals add to even more frustration on the roads.

Moreover, our version of a public transportation system doesnâ€™t adequately serve the needs of the cityâ€™s poorest. Itâ€™s over capacitated and every day during rush hour, ordinary residents catch difficulty just getting a ride on their commute. After fighting each other to board a vehicle (because for some reason it never occurs to us to stand in queues), commuters are forced to adhere to the unsafe practice of being cramped to the back of taxis, where they arenâ€™t entitled to their own seatbelts.

Instead of finding a systematic approach to solving this problem, government agencies provide shuttles for their employees to commute to and from work. Hundreds of top government officials, on the other hand, are given fancy cars and allowed to zip through traffic, ensuring that they never truly understand what the average Monrovian must endure.

National Transit Authority buses, which have more reasonable fares and would be of use to the ordinary Monrovian, are rare and spread too thinly across the country.

In terms of options, we are limited. Our streets are not even safe enough for a minister to jog along without being hit. We donâ€™t encourage alternative forms of transportation like bicycling, and we certainly are not looking into how a Monrovia of the future can incorporate a mass transit system to accommodate more residents.

Beautification of the CityÂ

Monrovia is ugly. Itâ€™s an unfortunate truth that we must face, but our capital city today still looks several times worse than it did in the 1970s. And while itâ€™s easy to blame the war, there are many things that current and past leaders could have tackled to improve the look of the city.

For one, there appear to be no incentives for owners of ugly, rundown buildings to renovate those structures or sell them to someone who will. In many other places, cities simultaneously raise revenues and improve their look by penalizing owners of dilapidated and uninhabited buildings with higher taxes.

If the old buildings donâ€™t convince you that Monrovia is ugly, the lack of trees along our streets will. Itâ€™s mind-boggling that we almost have no tree-lined streets in a city where foliage will grow so easily. Tree-lined streets could help us beautify our streets while also reducing the impact of the sunâ€™s rays on pedestrians.

Monrovia also has a severe shortage of safe and clean public spaces such as parks, libraries, community centers, beaches, and boardwalks â€“ where citizens can go to relax for free (the one thing that saves the city is the newly renovated National Museum). But the public beaches in Monrovia are all filthy, and ooze with debris and raw sewage and feces. Sometimes, if youâ€™re lucky, you might find aborted babies laying on the beach. Monrovia may have one park, the Chevron Park, but itâ€™s not in the cityâ€™s center and despite it being a government-owned park, people are required to pay to enter. Yet, in the cityâ€™s center, we have a filthy, disgusting and poorly maintained cemetery that is a complete waste of space. Broad Street is one of the few streets lined with trees. Photo: Brittany Danisch

These are only a fraction of the issues plaguing Monrovia, and most will resurface if we decide to build a new capital city. While Monrovia has gone through immense transformation since the end of the war and certainly looks significantly better now, that improvement has mostly been driven by the private sector.

Liberia has a problem where thereâ€™s a perpetual lack of focus on policies at the city level â€“ where mayors continue to be illegally appointed without the level of scrutiny they deserve to ensure they have ideas about complex urban policies. It doesnâ€™t help that Monrovia City Hall has become a place where presidents can send their close supporters to reward them, without much pressure to perform.

The years of war may have damaged the city but itâ€™s worth noting that Monrovia is not the only city that has been damaged by war and needed to be rebuilt. Lebanonâ€™s Beirut went through something similar and has bounced back. With well thought out policies, Monrovia can rise again at a much lower cost than it would cost to build another city.