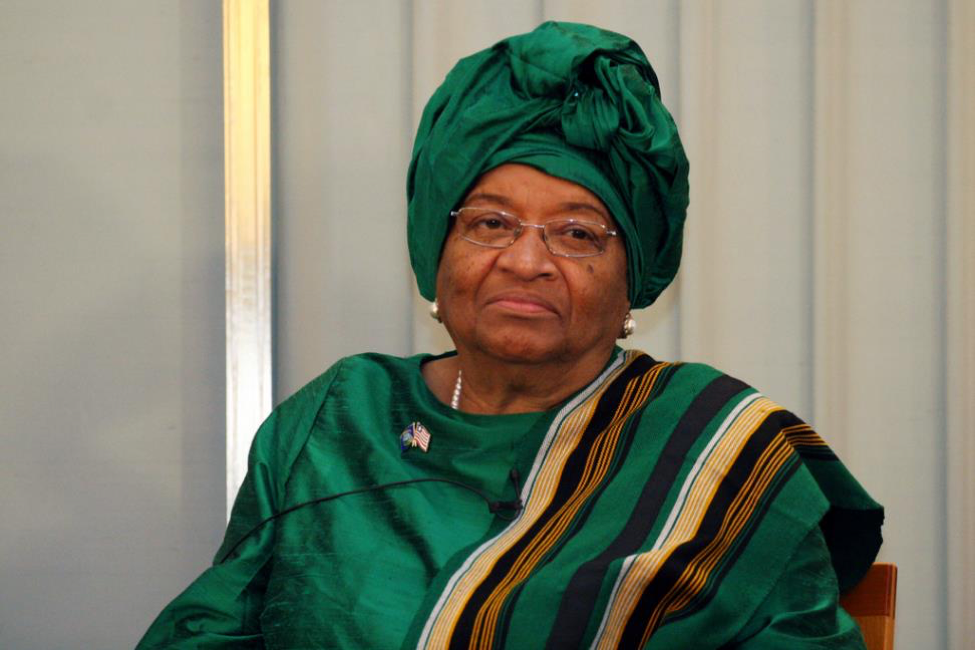 Liberiaâ€™s Ellen Johnson Sirleaf has been awarded the worldâ€™s most lucrative prize â€“ the Ibrahim Prize for Achievement in African Leadership, fulfilling one of her biggest desires.

In Liberian circles, where thereâ€™s a tendency to downplay the accomplishments of our leaders, some may doubt that the former president deserved the prize. But she deserves the accolades.

Sirleaf took over a country just out of a civil war that had grown used to authoritarian leadership and transformed it into a bastion of democracy with a vibrant civil society and media culture where human rights are largely respected. This was not an easy feat in a society where former rebel leaders still hold power. Moreover, she presided over a hotly contested but peaceful election that saw the opposition party take over the government.

On the infrastructure front, Liberia now has a brand-new hydroelectric dam, in addition to electricity in far-flung areas such as Harper, Zwedru, and Nimba. There are two paved highways leading from Monrovia to Buchanan and Monrovia to Ganta, in addition to the paved road between Pleebo and Harper. These highways reach population centers that cover approximately 40 percent of the countryâ€™s population.

Moreover, the Sirleaf administration has established county service centers across the country. For the first time ever, residents in other counties no longer need to go to Monrovia for government services and vital records such as marriage and driver licenses, birth and health certificates, and other key documents.

Of course, Sirleaf failed in some areas, notably in fighting corruption and ensuring there is accountability in government. Additionally, Africaâ€™s first elected female president ironically did little to improve the place of women in society.

But this should not disqualify her from being considered worthy of the Ibrahim Prize. The other past winners were not saints, either. Itâ€™s difficult to find faultless human beings, let alone politicians, who often must find ways to balance difficult decisions.

Even Nelson Mandela, who was given an honorary Ibrahim Prize, had many reasonable critiques. He notably failed to consider the HIV/AIDS epidemic as serious as it was, even when great numbers of South Africans were becoming infected and dying. Moreover, many black South Africans accused Mandela of not doing enough to empower blacks economically. While South African politics is now dominated by blacks, its economy is still heavily influenced by whites. But that does not make him any less deserving of the honorary prize because he had a net positive impact on his country as a leader.

Along the same line, for all the billions of dollars of foreign direct investment that Sirleafâ€™s government always boasted of, Liberiaâ€™s economy is far from vibrant. There has been an insignificant amount of job growth and ordinary Liberians still feel disenfranchised. But the awarding of the Ibrahim Prize doesnâ€™t mean a country is now perfect. In fact, Mozambiqueâ€™s Joaquim Alberto Chissano won the 2007 prize, but his country remains on the list of the top 10 poorest countries, along with Liberia.

The Mo Ibrahim Foundationâ€™s recognition of our former president is simply an acknowledgment of what many others have seen. Sirleaf has already received countless other awards, including the Nobel Peace Prize, an honorary doctorate from Harvard University, and the American Presidential Medal of Freedom.

Sirleafâ€™s appeal is once in a generation, given that she led the way in becoming Africaâ€™s first elected female head of state. Unfortunately, the Mo Ibrahim Foundation may not get the opportunity to award another woman this prize in decades.

But more than anything, Liberiaâ€™s incredible improvement in the Ibrahim Index of African Governance during Sirleafâ€™s presidency is the biggest justification for why she deserves the prize.

In 2006, Sudanese billionaire Mo Ibrahim launched his Ibrahim Index of African Governance to measure and monitor performance across the continent. In 2007, Nelson Mandela was named the inaugural Honorary Laureate. Since then, the Ibrahim Prize Laureate winners are:

Former President Sirleaf improved her country more than twice the amount of any other past winner.

Last year, the 11th iteration of the index was released, providing data on most of Sirleafâ€™s tenure as president. Since 2006, Liberia was the only country out of 54 to improve in every category and sub-category of the Ibrahim Index of African Governance. This led Liberia to move up ten places in the Indexâ€™s overall ranking during this period. No other Ibrahim prize winner is even close.

Below are a few excerpts from the Mo Ibrahim Foundationâ€™s announcement of the 2017 prize:

To be more specific, her achievements have included:

Winning this award was certainly a capstone to Ellen Sirleafâ€™s career as a fearless Liberian leader. She may not have been perfect, but she made significant strides in helping Liberia rise from the ashes.