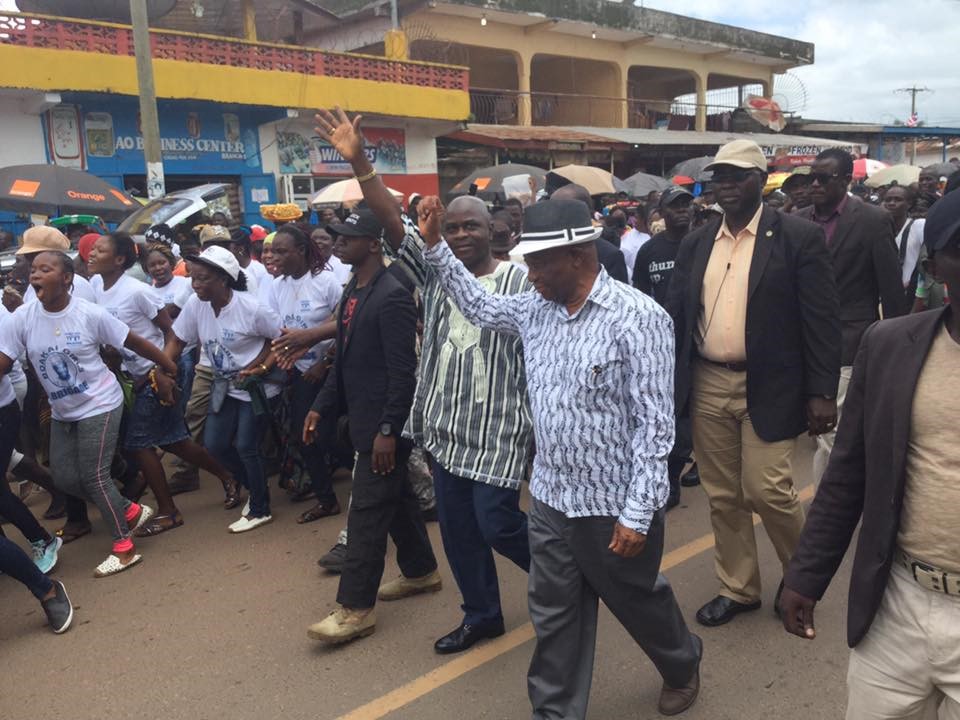 With Vice President Joseph Boakaiâ€™s selection of Nuquay as his running mate, there is a palpable sense of disappointment in Nimba. Citizens of Liberiaâ€™s second most populous county had counted on Boakai naming a running mate from the county, especially as he visited Nimba just a few days before he announced his choice.

This disappointment is predicated upon a perception that having a citizen of Nimba occupying the post will ensure that the county benefits in some way.

Part of the disappointment may also stem from the deep pain the county experienced in the 1980s and 1990s when Nimbaians suffered from indiscriminate killings by the state. For Nimbaians who may still remember these events, having a â€˜son of the soilâ€™ closer to the center of power may be a tool to ensure their well-being and help the county prosper. It is partly why the rebel-turned-senator, Prince Johnson, still commands much attention in the county.

But does having a vice president from a particular county actually deliver anything for a county?

One of the biggest critiques of Boakai has been that despite his prominent post near the center of power in the executive branch, he has not been able to deliver much to Lofa.

At the end of the nearly 12-year rule of the Unity Party government in which Boakai serves as the second highest government official, Lofa still suffers from some of the worst road networks in the country. There are no paved highways throughout the county.

The phenomenal of vice presidents not delivering for their counties is not new. Vice President Enoch Dogolea under the administration of Charles Taylor also hailed from Nimba. He was succeeded by Moses Blah (also from Nimba) following his demise in 2000. Both menâ€™s presence in the second most senior government position, however, did not have much of an impact on Nimbaâ€™s development.

Even worse, in Liberia, a vice president position can be very fickle. Blah was briefly suspended in 2003 after an apparent plot to remove his boss had failed. He was accused of being involved in the attempted plot after being approached by some rebel groups, although it was reported that he rejected to play a part.

A county winning the vice presidency is no guarantee of benefiting any more significantly than others. In fact, having even the president from your county does not seem to significantly impact development there, although it can impact the presidentâ€™s specific hometown.

Grand Gedeh under former president Samuel Kanyan Doe and Bomi under President Ellen Johnson Sirleaf both entirely cannot boast of much inclusive development. Bomi, which borders Montserrado, is less developed than Margibi or Grand Bassa â€“ a much farther county.

If anything, Nimba has prospered and secured its spot as a heavyweight among Liberian counties as a result of enterprising businesspeople like Floyd Tomah and Prince Howard, whose businesses have made the county so attractive for commerce and recreation. These are ordinary citizens who treasure their county enough and yearn to see its development that they shun the assumed attractiveness of Monrovia.

Yes, Nimbaians have good reasons to want to see their citizens propelled closer to the center of power. But if the ultimate goal is to secure their countyâ€™s interest and promote development, then perhaps Nimbaians should take the most direct route to achieve such change.