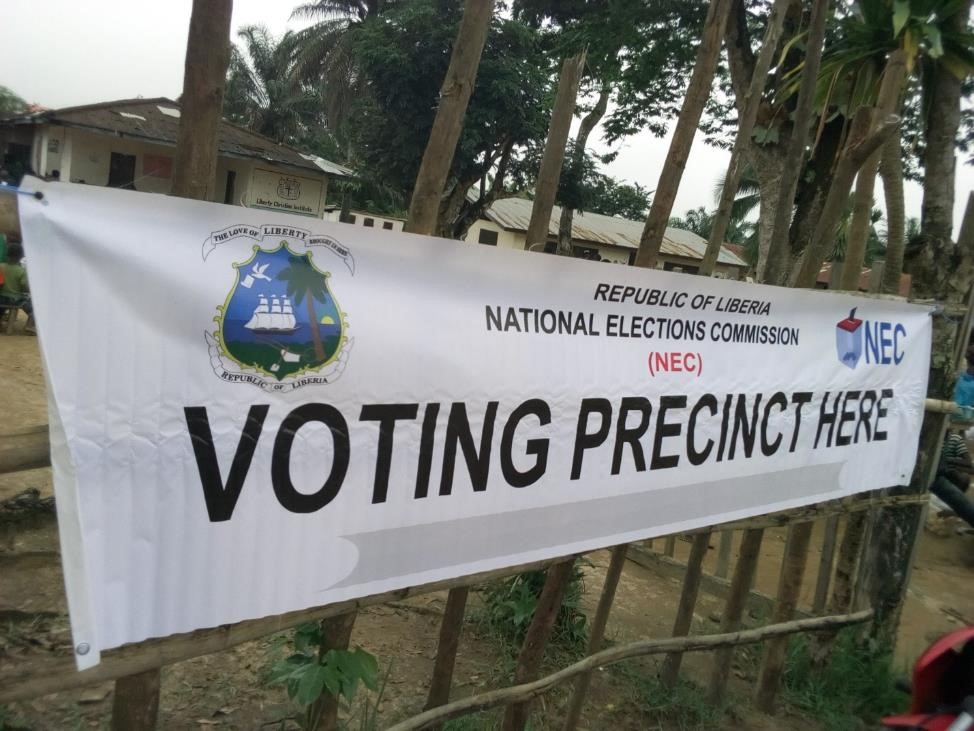 GANTA, Nimba â€“ Only 78 percent of polling places in Nimba have reported the results of the election, but a clearer picture on the legislative races is emerging.

For the first electoral district, which includes the commercial capital of Ganta, the incumbent Jeremiah Kpan Koung of the Movement for Democracy and Reconstruction has been comfortably reelected, as he leads by a significant margin. The incumbent of the first electoral district, Jeremiah Kpan Koung of the Movement for Democracy and Reconstruction

The incumbent lawmaker of the second district, Prince O. S. Tokpah of the Peopleâ€™s Unification Party, is dueling with Nyahn Flomo in a race that is too close to call. The district holds the county capital, Sanniquellie.

In the third district where the current lawmaker, Samuel Worlah, did not recontest due to poor health, four candidates are neck-to-neck in the district which contains Yekepa.

The incumbent lawmaker in the fourth electoral district, Garrison Yealue of the Peopleâ€™s Unification Party, has a controversial lead. Information coming up from the district suggests that in some areas, National Elections Commission officials may call for the election to be conducted again.

Several ballot boxes were missing, while some were found in the home of the town chief of Garplay, Martha Sam. Those ballot papers were allegedly marked in favor of the incumbent lawmaker. Two ballot boxes have still not been found. NECâ€™s local officials are reported to be working on a solution to the situation. The Emergency Response Unit of the Liberia National Police has been invited to take control of the situation in Garplay. The incumbent of the fourth electoral district, Garrison Yealue of the Peopleâ€™s Unification Party

In the fifth district five, which includes Buutuo, the Peopleâ€™s Unification Party incumbent lawmaker Samuel Kogar has a comfortable lead and will likely retain his seat. The sixth district will see the Peopleâ€™s Unification Partyâ€™s Dorwohn Gleekia take over.

After testing the water for the second time, Roger Domah is now placed in the lead for the next representative of the seventh district. It would be a dream come true for the incumbent, Worlea S. Dunah, who gave his blessing to Domah to succeed him after serving two terms and decided not to re-contest for a third term.

In the eighth district, results are inconclusive as incumbent lawmaker Larry Younquoi of Unity Party is in a close fight with Saye Mianah of the Movement for Democracy and Reconstruction.

In the ninth electoral district, the president of the United Methodist University, Johnson Gwaikolo of the Victory for Change Party, is comfortably seated to be the next lawmaker. He has wrested away control of the district from incumbent Matenokay Tingban of Unity Party, who is struggling to maintain a third-place finish. Johnson Gwaikolo of the Victory for Change Party will take over the ninth electoral district.

For the presidential candidates, Prince Johnson leads in Nimba with 53.9 percent of the votes, with Unity Partyâ€™s Joseph Boakai next in line with 20.5 percent. The biggest surprise in the race is the Alternative National Congressâ€™ Alexander B. Cummings performance. He looks to take third place, ahead of the Congress for Democratic Changeâ€™s George Weah and Liberty Partyâ€™s Charles Brumskine, who selected Nimba native Harrison Karnwea as a running mate.