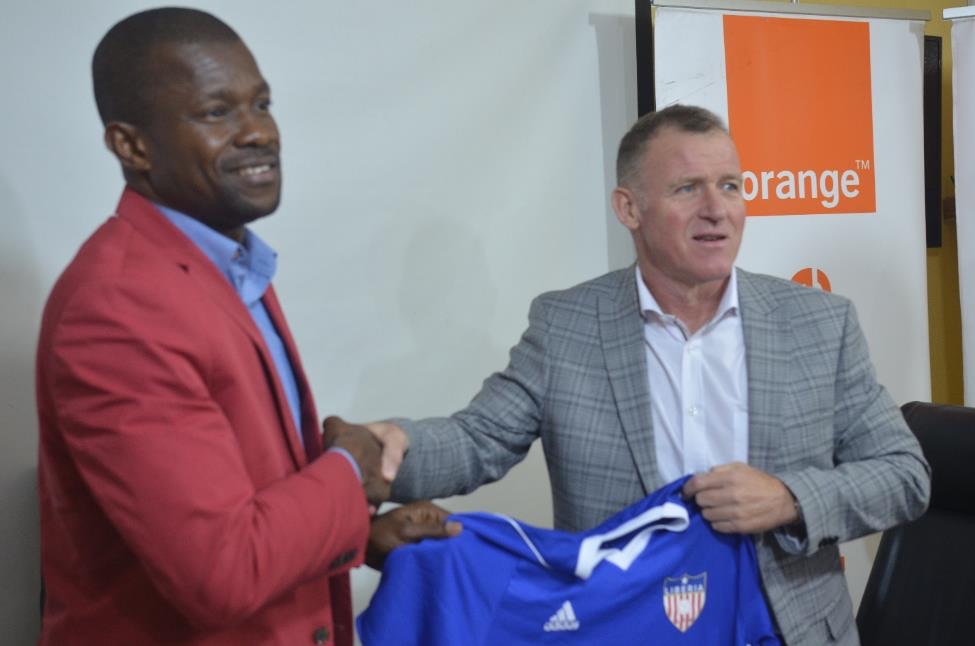 The unveiling ceremony was done on Tuesday, August 21 at the Antoinette Tubman Stadium, which also hosts the offices of the football house. The 52-year-old English tactician replaced Thomas Kojo, who had been with the Lone Star since 2017 when he replaced James Salinsa Debbah.

Butler signed a yearâ€™s contract, with the mandate of qualifying the Lone Star for the 2021 Africa Cup of Nations that will be hosted in Cameroon. The financial details were not released during the official press conference but LFA president Mustapha Raji told journalists that it would soon be released to the public.

According to Raji, Butlerâ€™s selection was made from a list of five coaches who were shortlisted by the technical arm of the football house.

Speaking to the media after being announced as head coach of Liberia, Butler said he was excited to be named head coach and is looking forward to working with local coaches to identify talents that Liberia has.

He further expressed his confidence in helping the team qualify for the African Cup of Nations.

“If I didnâ€™t think it was possible, I wouldn’t have taken the task. With the work we will put in, the work of the players, we can achieve that,” he said.

In Malaysia, Butler served as head coach for Sabah FA, Kelantan FA, Terenganu FA and T-Team FC while in Indonesia, he served as head coach for Persiba Balikpapan, Persipura Jayapura, and PSMS Medan. He also served as head coach for the Singapore Armed Forces Club, Police Tero F.C. in Thailand, and technical director of Myanmarâ€™s Yangon United. Butlerâ€™s first stint in Africa was 2014 when he signed with Botswana. He spent three years with Bostwana before moving to Paltinum Stars Football Club in South Africa, where he spent a year.