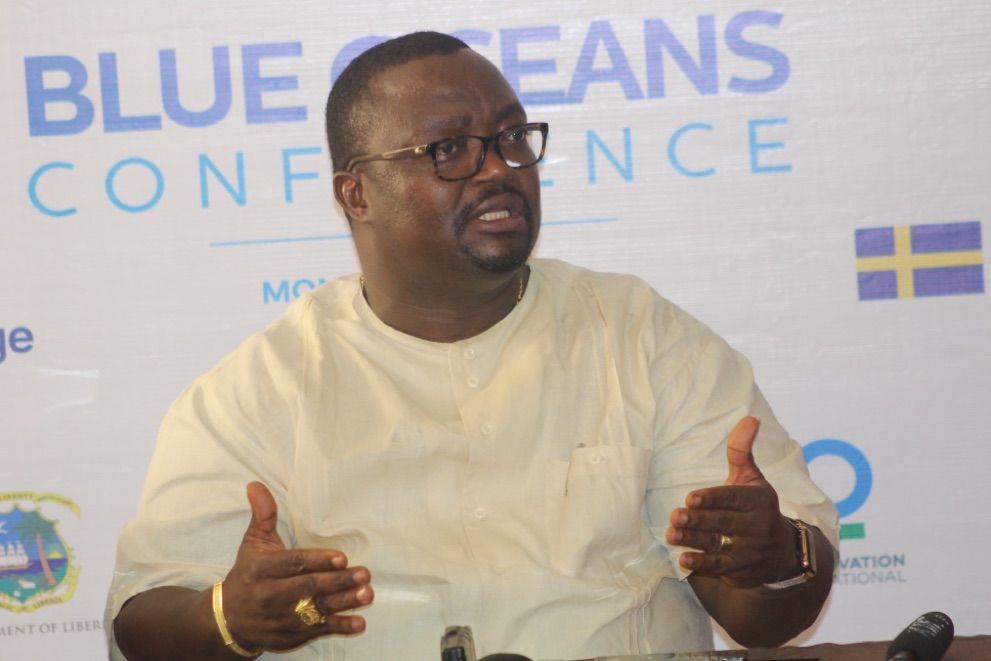 According to a press release from the Executive Mansion, Blama was dismissed on Wednesday, August 5, for acts of fraud.

The decision comes a week after Blama was reinstated to the position from a four-month suspension, for evading health protocols at the Roberts International Airport.

“Mr. Blama, on March 7, 2020, unilaterally signed a US$20 million contract without the signatures of the ministers of justice and finance, contrary to law and established governmental principles and procedures,” the release said.

It says an investigation conducted by the Ministry of Justice established that Blama did not adhere to legal requirements, standards, and procedures regarding the selling of public assets.

Blama was suspended for time indefinite on March 16 when he was pronounced as Liberia’s first Coronavirus index case.

According to the government, Blama had returned to Liberia on a Brussels Airlines flight on March 13 following a visit from Switzerland and evaded health protocols requiring travelers from countries having more than 200 confirmed Coronavirus cases to be quarantined for 14 days.

Switzerland at the time has had over 1,350 confirmed cases and Belgium, Blama’s transiting point, had also confirmed over 680 cases.

Blama, following the arrival of medical staff at his residence to take him for treatment, had again declined to board an ambulance, opting instead to follow the team with his private vehicle which is a further violation of public health measures.

According to the Executive Mansion release, the president stressed his zero-tolerance stance on corruption. He also asked the agency’s deputy executive director, Randall Dobayou, to act as head of the institution until a proper executive director is appointed.

Meanwhile, Blama gave an interview to FrontPage Africa where he refuted the allegations and described the contract in question as more of a framework document, noting that it did not commit the government to anything. He attributed his dismissal to someone having a “personal vendetta” against him.

“It is a non-binding agreement,” he said. “If someone thinks I committed any crime, let them prosecute me.”

Regardless, Blama thanked Pres. Weah for serving in his government and recognized that his service was at the will and pleasure of the president.

Sharing
Tags Nathaniel Blama
Contributions to The Bush Chicken are not tax deductible.