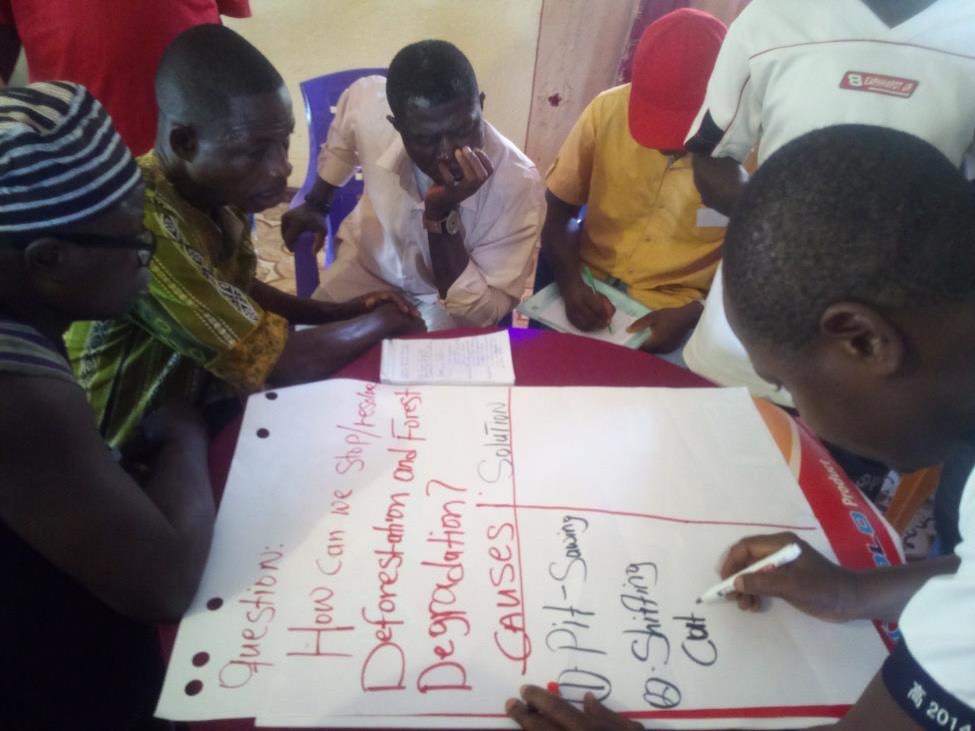 YARPAH TOWN, River Cess â€“ The Environmental Protection Agency has held a Natural Resource Management workshop in River Cess, aimed at discussing community rights, lowland farming and aquaculture, and the relationship between the people and the forest.

Speaking to The Bush Chicken, Elijah Whapoe, the manager for planning at the EPA, said the training aimed to provide targeted beneficiaries with information about the Liberia Forest Sector Project and to discuss the practical meaning of natural resource management.

“This will also help forest communities to reason how natural resources can be managed by working together,” Whapoe said. “[The] community will also get the meaning of climate change, evidence, causes, and mitigation.”

Participants were divided into groups to discuss causes of degradation and deforestation and to advance ways to prevent them.

In their presentations, the participants highlighted pit-sawing and slash-and-burn farming techniques as the main causes of degradation and deforestation.

Karbiah thanked the EPA and said the training helped to build capacity and would broaden the knowledge participants to allow them to sustainably manage their forests. He called on the EPA and other government agencies working in the county to establish their local offices in Cestos City to provide jobs opportunity for the people of the county.

â€œYou canâ€™t be working here and have your offices in different counties,â€ Karbiah said. â€œEven though we came from under Grand Bassa County, but we have county status like Grand Bassa and other counties.â€

â€œI think this training was just an introduction,â€ Sam said. â€œFor us to really understand and practice all those good, good things they taught us, one week or more will be better.â€

Julia Sando, who attended the training as the womenâ€™s representative on the Community Forestry Development Committee, told The Bush Chicken that the training was an eye opener.

â€œI know now that the forest is very important to us the women,â€ Sando said. â€œAnd the training made us to understand how to manage the forest so our children can also benefit when we are gone.â€