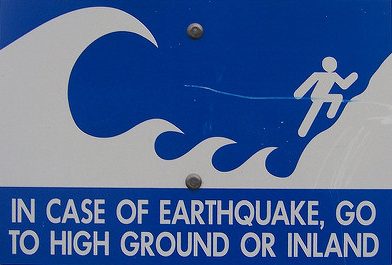 MONROVIA, Montserrado â€“ The Environment Protection Agency says it has launched an investigation into a potential threat of a tsunami on the shores of the country.

The statement came a day after the government confirmed that an earthquake measuring 6.8 on the Richter scale occurred approximately 880 kilometers off the coast.

The government disclosed in a release that the incident poses a threat of a tsunami, and warned citizens to remain on the alert.

â€œThe United States Geological Service, which is monitoring the situation, has provided useful technical information to the government of Liberia,â€ the Ministry of Information release said.

It said the relevant government agencies were monitoring the situation and would readily inform the public of emerging developments.

However, the government encouraged citizens to remain calm but alert in the wake of the situation.

EPA Chief Technical Advisor, Levi Piah, told The Bush Chicken that local experts had never thought of theÂ possibility of a tsunami off the coast of Liberia.

â€œA potential of a tsunami depends on the degree of the earthquake,â€ Piah said.

Meanwhile, he said a team of experts has been dispatched to investigate the situation. He said findings of the investigation would be disclosed to the public.