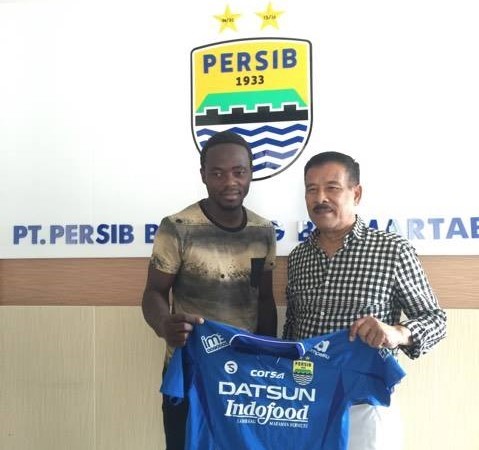 The Liberian duo joined their new clubs on a two-month deal for the Presidentâ€™s Cup with an option of extension if they perform well during the tournament.

After a half season with Madura United in which Weeks missed out on winning the 2016 Indonesia Soccer Championship, the 30-year old midfielder has joined Indonesia top tier club Persib Bandung, his sixth Indonesian club in his professional career.

With Weeksâ€™ impressive performance at Madura United last year, he is expected to lead the front line of Persib Bandung as they seek their second President Cup.

Meanwhile, Glay, who moved to Indonesia in 2015 after years of playing in Kenya with Thika United and Gor Mahai, has joined one of Indonesia most promising clubs, Pusamania Borneo Football Club. The center defender played his first year in the Indonesia league with Persiba Balikpapan, which struggled during the 2016 Indonesia Soccer Championship. Despite a disappointing performance that saw Balikpapan finish fourth from the bottom of the table, Glay had an outstanding performance that caught the attention of several top clubs within the country. The 25-year old center defender was a target for top clubs, but it was Borneo that was able to land his signature for the President Cup.