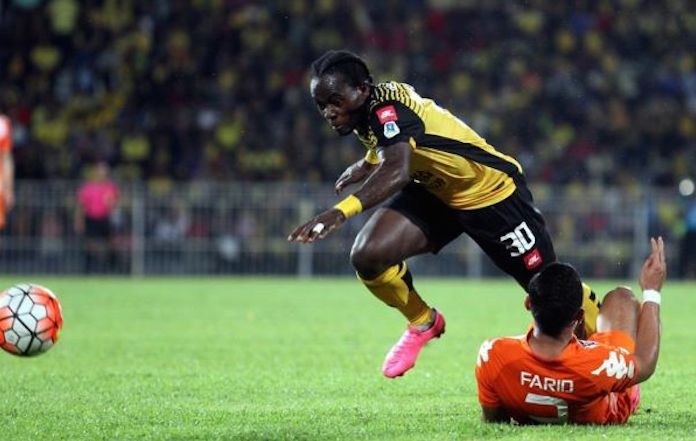 It was an all-Liberian affair in the Indonesia Soccer Championship on Monday, June 13, when fans gathered at the Stadion Gelora Bangkalan to witness Eric Weeksâ€™ Madura United battle Dirkir Glayâ€™s Persiba Balikpapan.

Weeks grabbed his first victory with his new club in an easy 3-1 thrashing of Glayâ€™s Balikpapan.

A hat-trick from Spanish striker Pablo RodrÃ­guez was enough to hand Madura all three points at home.

Madura, playing at home started as the better side and controlled much of the possession in the opening minutes. However, they were unable to get an early goal until Spanish forward Rodriguez broke the deadlock in the 31st minute amid poor defending from Balikpapan.

Rodriguezâ€™s strike was the only goal of the first half.

Back from the recess, Balikpapan tried leveling the score in the 50th minute through Japanese forward Shohei Matsunaga whose effort was denied by the woodworks. Madura eased the early pressure imposed on them by Balikpapan after the break by doubling their lead in the 64th minute through Rodriguez, who scored from within Balikpapanâ€™s penalty area.

After doubling the lead, Madura took control of the proceedings and outplayed a feeble looking Balikpapan that lacked concentration until they laid the game to rest through Rodriguez who completed his hat-trick with an easy finish from an Eric Weeksâ€™ assist.

Balikpapan got their consolation in the stoppage time from the spot kick through Shohei Matsunaga.

The result means Balikpapanâ€™s poor start to the new league season continues with just a win, two draws and three defeats from six matches so far. Their defeat to Madura drops them to 16th place on an eighteen-team table with five points while Eric weeksâ€™ Madura moved up to fifth on the league table with 11 points from six matches.