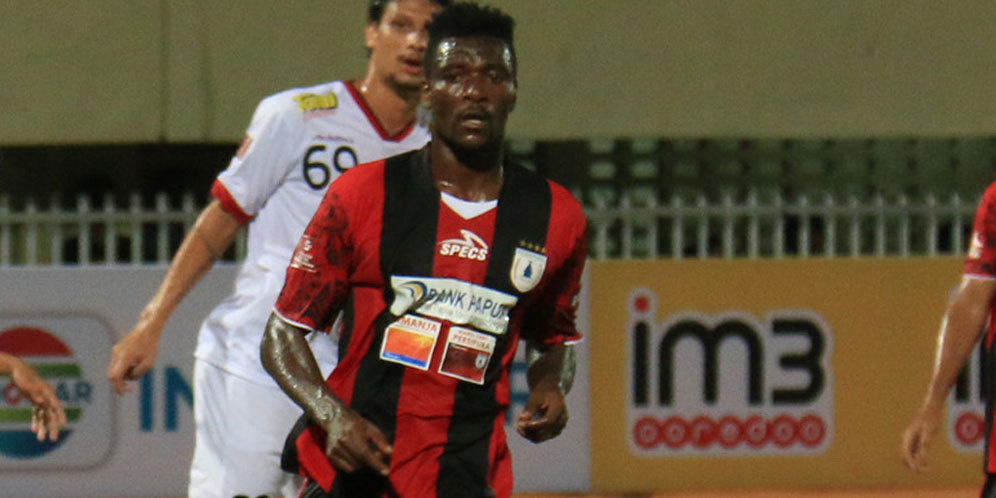 Liberian midfielder Eric Weeks will have to wait further if he is to win a league title in Indonesia. The former Perak player has missed out on the 2016 Indonesia Soccer Championship after his club Madura United failed to continue their good run in the closing stages of the league season.

With one game to climax the 2016 Indonesia Soccer Championship, Madura sits third on the league table with 61 points, four points behind table toppers, Persipura Jayapura.

Madura United surprisingly took the top of the table from the early stageÂ and was considered a title favorite. However, their hopes were dashed during their last four games after they lost two games and won two of their key matches. The club first slipped off the table in a 2-0 defeat to Persipura Jayapura. Although they came back stronger in their next match against Semen Pandang with a 2-1 win, they remained second on the log following Persipuraâ€™s 3-1 triumph over Bhayangkara United.

What was supposed to be a last-minute celebration for Madura turned out to be lost with just three games to conclude the season. Fresh from winning against Semen Pandang, Madura failed to show off their strength as they bowed to a 2-1 defeat to Persela. The defeat made things worse as they dropped to third behind second place Arema and leader Persipura Jayapura.

While Weeks has missed out on the league title, there are hopes for the Liberian duo, Edward Junior Wilson and Eddie Baokai Foday, whose club, Persipura Jayapura, needs a victory in their final game against PSM Makassar. Persipura sits on top of the table with 65 points, two more than second place, Arema.

Wilson joined Persipura back in May after four months with Malaysia Premier League club Perlis FA. Having played in Indonesia before leaving for Malaysia to continue his professional soccer career, Wilson became a key figure in Pesipuraâ€™s squad scoring five goals and providing four assists from 15 games, while compatriot Foday has had a tough time, making just nine appearances from 34 games and scoring just a single goal.