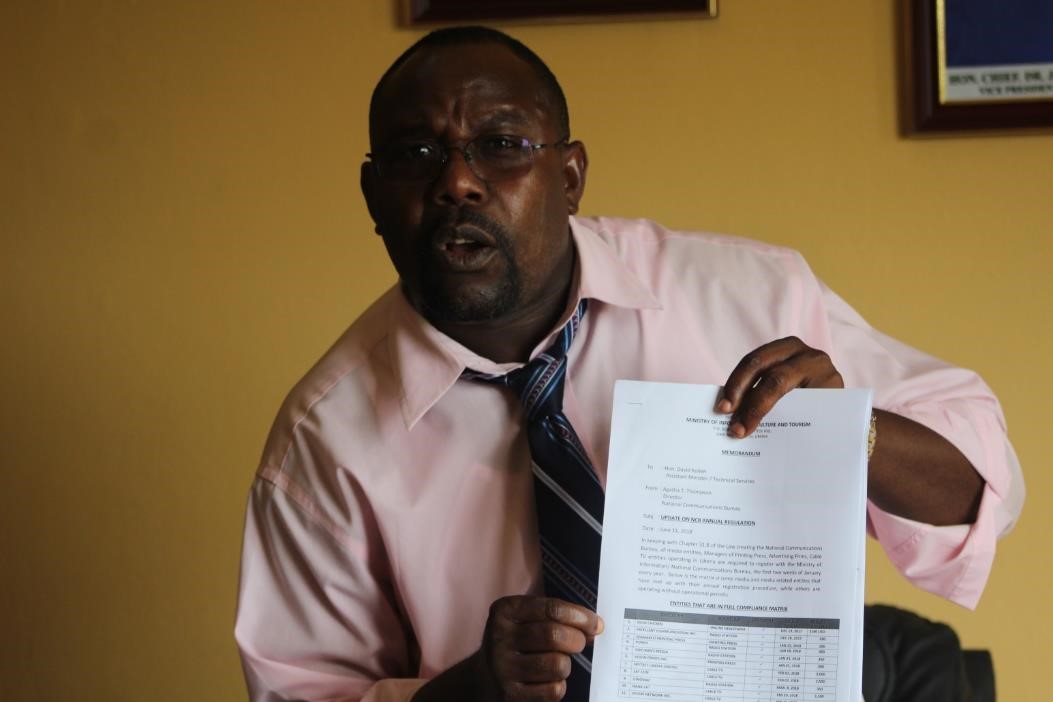 On June 18, the government announced an immediate suspension of all new operating licenses and authorizations it had issued to media operators between January 1 and June 18 this year.

The government said it was reviewing the regulatory regime of media operating licenses and authorization due to “technical and administrative irregularities,” including duplications of frequencies to radio and television operators, and incorrect designations and submissions.

When the press release was issued, the government did not name institutions that would be affected. It said the review process, which kicks off this Wednesday, would not affect media entities that were in existence prior to January 2018.

Following days of mounting pressure from the media and the public to disclose the name of affected institutions, Fahngon, in an exclusive interview with The Bush Chicken on Wednesday, June 20, said the government has suspended eight new media institutions.

Fahngon declined to name the remaining three institutions but he said speculations that the government made the decision to target Patrick Honnah, owner of Punch FM, is â€œbaseless, unfounded, untrue, and speaks to the limitation of certain people.â€

â€œI do not think he has what it takes to be a target that government officials should be afraid of,â€ Fahngon said.

The deputy information minister noted that this exercise reviewed that 27 media institutions have not been in compliance with the requirements for operating for the past three years.

Before any media institutionÂ begins operation in the country, it must present to the Ministry of Information, a complete set of documents proving that itÂ is a legal business entity.Â This includes the articles of incorporation, business registration, a complete list of essential staff, career profile of managing editor and editor in chief, the exact location of propose media facility, presentation of revenue tax receipt and license for frequency allocation from the Liberia Telecommunication Authority, Fahngon said.

â€œOnly 25 radio stations are registered in the ministryâ€™s database,â€ he said.

In 2017, Fahngon said of the 75 newspapers operating in the country, only 14 complied with requirements. In 2018, Fahngon said this number of newspapers in compliance with government regulations dropped from 14 to 5.

He further said that the exercise will go on and â€œmedia institutions, whether new or old, that do not meet the guidelines for issuing media permit will be dealt with.â€