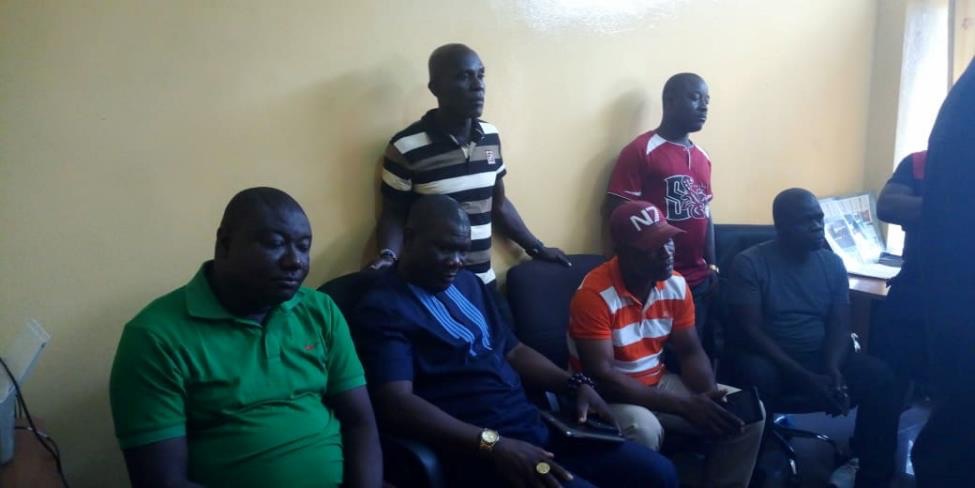 MONROVIA, Montserrado â€“ A group of ex-generals of former warring factions in Liberia have withdrawn their earlier statement ordering Montserradoâ€™s tenth district representative, Yekeh Kolubah, to surrender himself to them to be turned over to the government for questioning.

Members of the group told Montserradoâ€™s county attorney, Edward Martin, upon an invitation to clarify their statement that they did not intend to plunge the country into another violence. They said their action was triggered by the persistent derogatory comments coming from the lawmaker against the president.

Austin Nimley, who spoke on behalf of the group on Thursday, apologized to the public and vowed that they would remain peaceful and support the peace of the country.

â€œAs for the 72-hour ultimatum statement we give Rep. Yekeh Kolubah, if at all it didnâ€™t go well with the Liberian people, we want to say we are sorry and we are changed people now,â€ Nimley said.

The ex-combatants had issued a 72-hour ultimatum to Kolubah during a press conference on Tuesday and threatened to have him arrested to provide clarifications over his recent comments against President George Weah if he failed to adhere to their order.

â€œRep. Kolubah is all around the place insulting the sitting president and itâ€™s not going down well with the institution. Therefore, we called on the public to advise him to desist and if he calls himself general, we will soon call on him to report as a general, but failure on his part, we will get him and bring him to our commander,â€ said Koffie Doe during the Tuesday press conference.

Their statement followed a comment from Kolubah that he would not honor the invitation of Montserradoâ€™s county attorney, Martin, who had invited him to clarify alleged comments made against the president.

Martin alleged that, during Kolubahâ€™s declaration of support to the opposition collaborating political parties on Sunday, the Montserrado lawmaker threatened that the president would flee the country in three months because of his inability to steer the affairs of the state.

He also accused the lawmaker and his supporters of also using their ceremony to rain insults on the president and top government officials, which he said undermines the countryâ€™s fragile peace.

Martin encouraged the representative not to be defiant, but to appear on Tuesday and further explain the implication of his statements. He said any defiance by the lawmaker would be addressed legally.

However, members of the public strongly condemned the ex-generalsâ€™ position, with some describing it as a threat to the countryâ€™s fragile peace and even using it as evidence for the need for a war crimes court.

Supporters of Kolubah and residents of his district had also gathered at his home on Wednesday to resist any illegal arrest of their lawmaker. The lawmaker promised to submit only to a writ from a court.