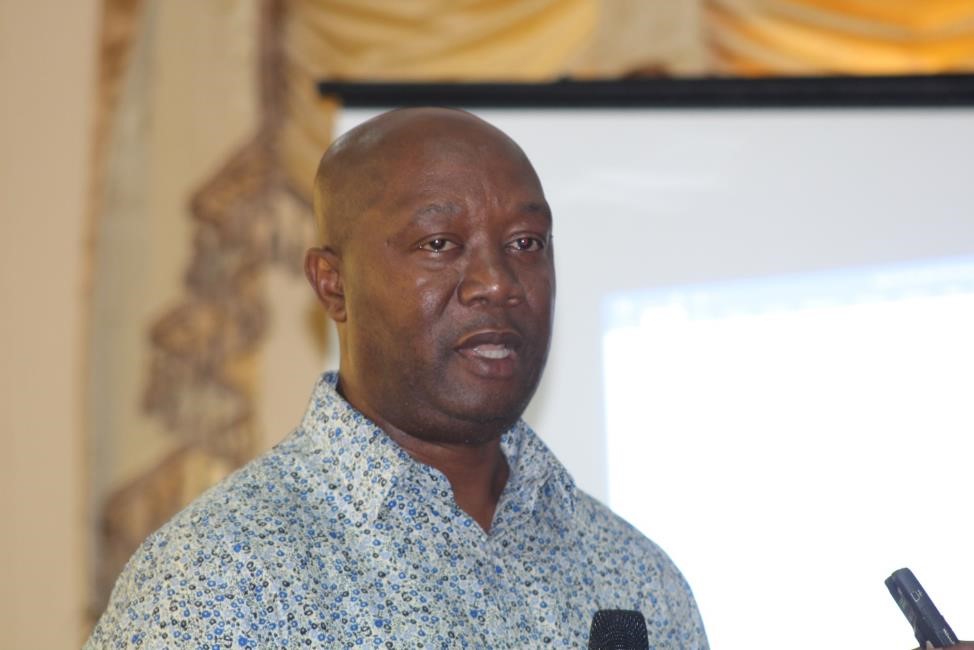 MONROVIA, Montserrado â€“ During the ongoing elections fraud case before the National Elections Commission, an expert witness for Unity Party claimed that he discovered 2,000 duplicate names in the final voter registration roll.

Jeff Blibo, who said he was an expert in data analysis, said the names were discovered after he examined the data. Blibo cited his experience in designing computers as an electronics engineer, in addition to managing large financial datasets.

Cross examined by Sen. Varney Sherman, a lawyer for Unity Party, Blibo addressed the chief dispute hearing officer at Wednesdayâ€™s hearing. His revelation on the NEC final registration roll shocked many in the audience, and the hearing hall became very quiet as Blibo testified. Lawyers representing NEC were also attentive. Using a PowerPoint presentation to reveal his discoveries, Blibo said one drive had more data than the other, suggesting that there had been a manipulation in the voter registration roll shortly before election day.

â€œThe flash drives given to the UP in September had far less data than the one presented to the party on Tuesday, November 14,â€ he noted.

Blibo pointed out that he also discovered that there were 79 missing polling places across 10 precincts that were not reported on the flash drive given to the party in September.

The missing polling places, according to Blibo, amounted to 35,267 registered voters, an amount approximately equal to the number of people who voted in Sinoe. Blibo said he also compared the data with NECâ€™s online system for checking voter information and saw differences.

â€œThe final registration roll is distinct and different from the NEC online system,â€ he said. â€œThe flash drives given to me to analyze show real discrepancies in the data.â€

Blibo said he tested the system by entering an identification number that should be unique for each voter, but the online version brought out two names at once.

When The Bush Chicken replicated Bliboâ€™s test of entering voter ID 721259887 into NECâ€™s online verification tool, it revealed two names for the same number. Such should not be the case, as each voter ID should be a unique number assigned to only one person. A screenshot of NEC’s website showing two names appearing for one voter ID.

Blibo said he had converted the PDF files provided to him to an HTML file to run the analysis.

During the conversion process, Blibo said there were no alterations made to the data. He said even if he had done so, there would be traces of the changes he made.

His analysis shows that NEC may not have had good data quality assurance policies in place. Whether or not such blunders were due to incompetence or were deliberate remains unknown. Additionally, it is not clear whether this had a significant enough impact on the results of the elections to warrant a re-run, which is what Liberty Party wants to prove.